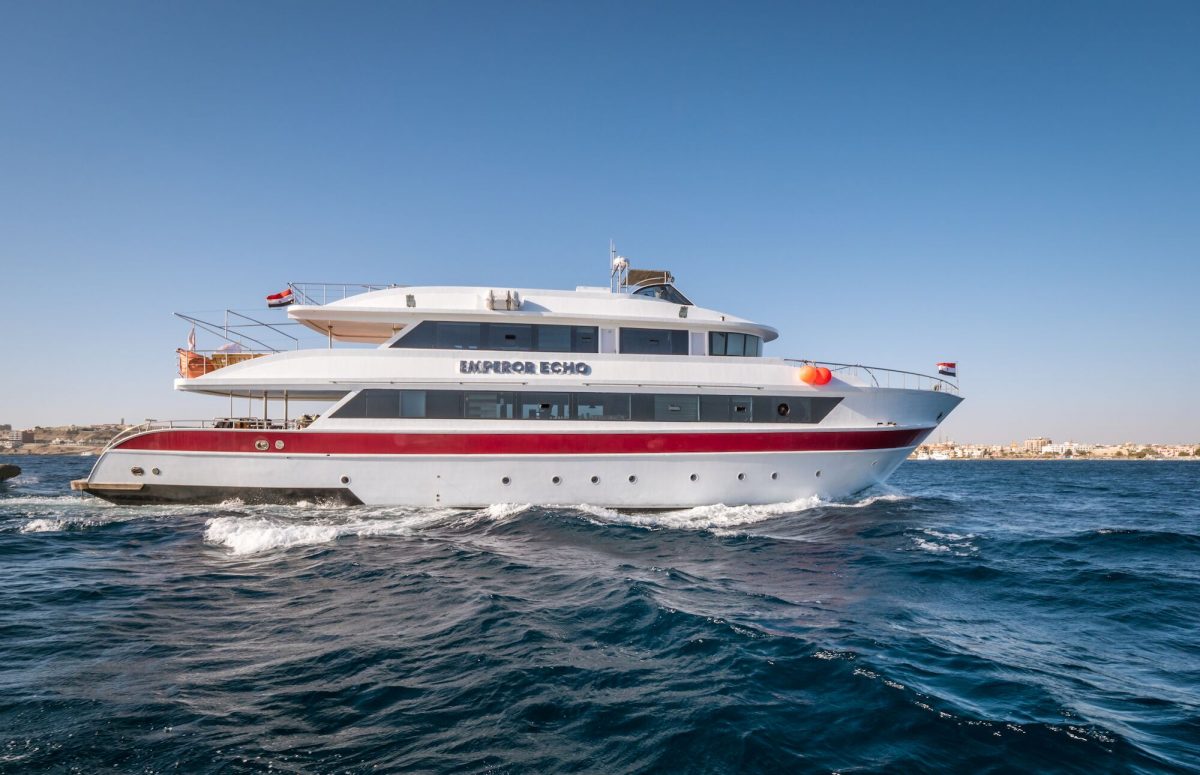 Sailing from Hurghada and Marsa Ghalib Port, the Emperor Echo is the latest addition to the renowned Emperor fleet. It accesses the exceptional dive sites of the Red Sea, including Daedalus Reef, the Brother Islands, and Elphinstone Reef, as well as Ras Mohammed and the SS Thistlegorm wreck.

Extending to 31 meters in length and completely renovated in 2018, the Emperor Echo can accommodate up to 25 guests, with a variety of twin and single-berth cabins available. Itineraries include “Simply the Best”, “Southern Sharks” and “Get Wrecked”, with a specialty focus on each of the routes that take advantage of the best diving conditions.

There are 12 cabins onboard the Emperor Echo, each of which is air-conditioned and equipped with bathrobes, two cabin towels and one deck towel per guest.

Lower Deck Cabins
There are six twin-berth cabins on the lower deck of the Emperor Echo with en suite bathrooms and individually-controlled air conditioning.

Panoramic Double Cabin
There’s one double bed cabin on the upper deck that offers a panoramic view, in addition to an en suite bathroom and individually-controlled air conditioning.

Meals onboard the Emperor Echo are served buffet style and include both international and Egyptian-inspired dishes. Vegetarian and vegan options are also available, with snacks provided in between dives so you never go hungry.

Soft drinks, water, coffee, and tea are provided complimentarily during Red Sea liveaboard itineraries onboard the Emperor Echo, with beer and wine available for purchase. Red wine is also provided for free at dinner time. Most special dietary requirements can be catered for with prior notification, including religious dietary needs.

There are two sundecks on board the Emperor Echo where you can relax in between dives, as well as an outdoor lounge area and bar. If you want to retreat, you can head indoors to the salon and dining room where you can take advantage of the complimentary Wi-Fi that’s accessible whenever a signal is available.

The Emperor Echo is licensed to cruise the entire Egyptian Red Sea, with itineraries departing from either Hurghada or Marsa Ghalib Port (transfers are included from Hurghada or Marsa Alam airports and hotels). You can opt to explore the pristine corals of the Brothers Islands or head to remote Daedelus Reef, as well as encounter big pelagics while diving Elphinstone Reef.

The Emperor Echo boasts a spacious dive deck where you can don your gear, with a tender that whisks divers to and from dive sites. Complimentary Nitrox is available for certified divers while both oxygen and First Aid kits are on board in case of emergencies.

Two dive guides accompany divers on daily dives (3-4 each day) and night dives are conducted at some destinations (not at the Brothers Islands, Daedalus, Rocky or Zarbagad Marine Parks). There’s a full range of gear available for rent during the Emperor Echo’s Red Sea liveaboard itineraries and dedicated camera rinse tanks are provided for underwater photographers to utilize.

The Emperor Echo’s tanks are fitted with 5/8’s DIN valves, so divers with M26 regulators are advised to bring their own adapters or check regarding the availability of a rental adapter at the time of booking.

Red Sea liveaboard itineraries aboard the Emperor Echo are conducted throughout the year, with water temperatures ranging from 68°F (20°C) in the winter months to 84°F (29°C) in summer. Nights can get quite cold from December to February, with the hottest temperatures experienced in July and August. Most divers are comfortable in a shorty during the warmer months while a 5mm two-piece suit (with a hoodie and boots) is best in winter.

In total, more than 1,200 species of marine life call the Red Sea “home”, including turtles, moray eels and colorful parrotfish. Manta rays and the occasional whale shark are spotted between April and June, with summer renowned for shoaling fish, barracuda, trevallies, snapper, and batfish. 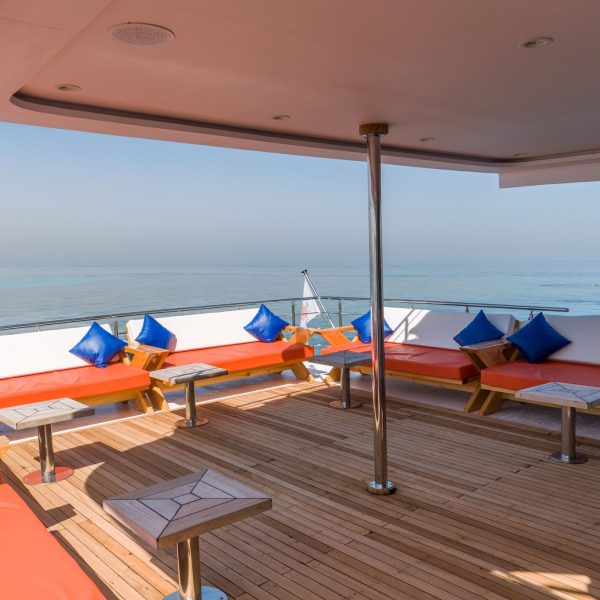 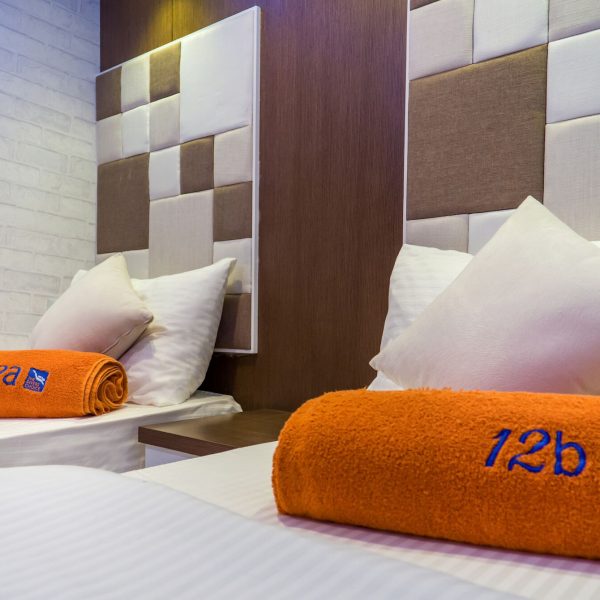 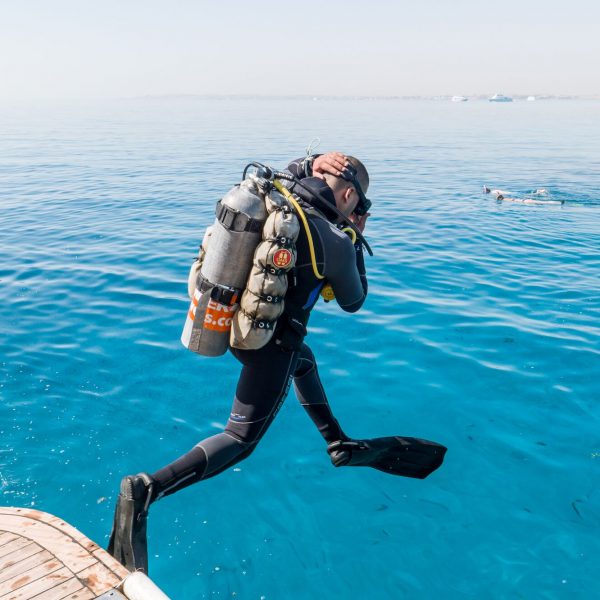 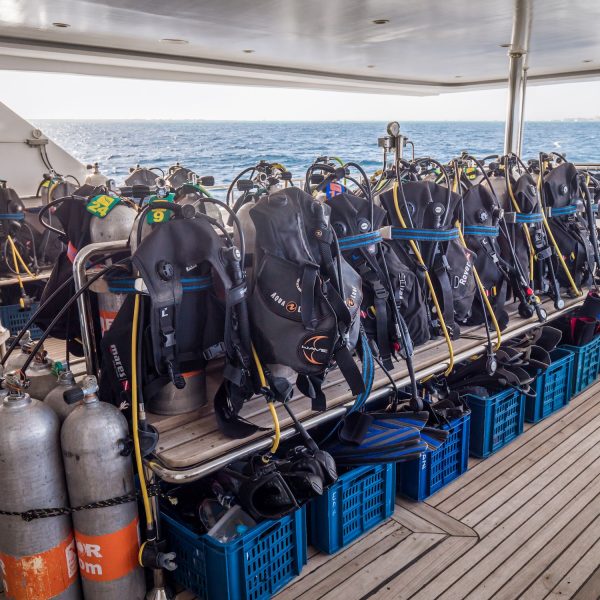 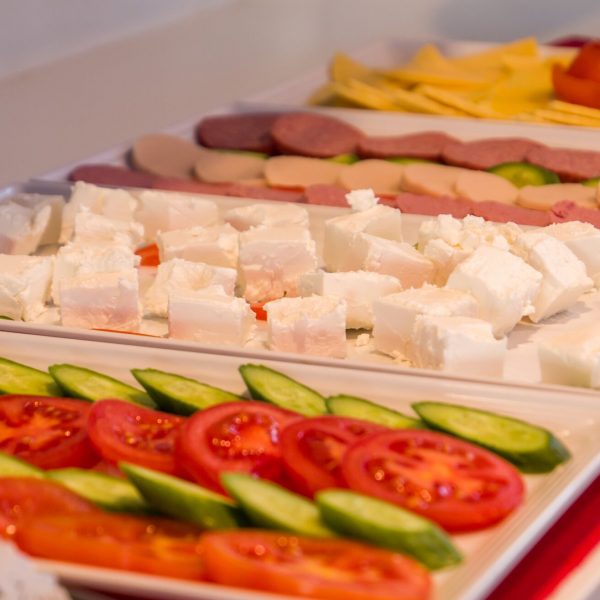