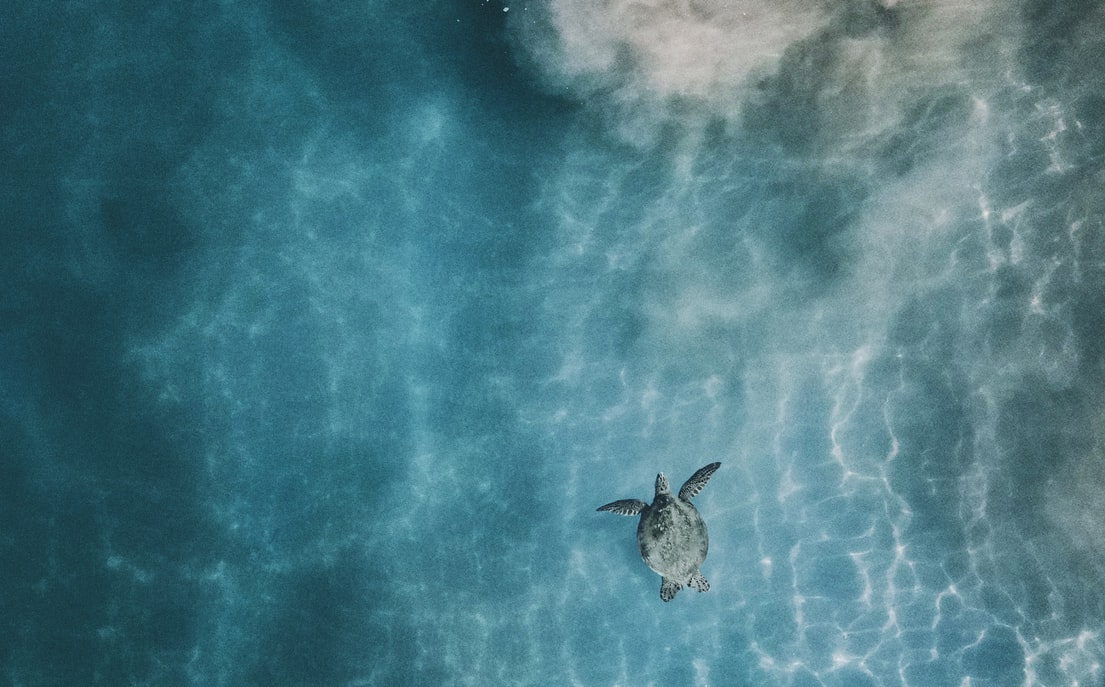 Whatever your idea of paradise may be, Hawaii has it all and more. Warm tropical sunshine, white sandy beaches, and crystal clear waters all contribute to making scuba diving in the Hawaiian Islands one of life’s ultimate delights. As a volcanic archipelago, Hawaii’s terrain is characterized by rugged landscapes of cliffs that are home to cascading waterfalls, tropical foliage, and unusual, multi-hued beaches of red, gold, black and green. With the spewing of magma that led to their formation continuing into today, this group of more than 130 islands in the heart of the Pacific offers a unique underwater environment unlike any other. With an incredible 20-30% of the marine life here endemic to Hawaii, it’s not so much a question of where to dive, but rather of what you might see next. More than 500 species of reef fish alone make diving in Hawaii a richly rewarding experience. Add the abundance of marine life like sea turtles, manta rays, sharks and dolphins, and these spectacular waters will quickly convince you that there’s far more to Hawaii than hula dancing and luaus. With five main islands to choose from – Oahu, Hawaii (the Big Island), Maui, Kauai, and Molokai – excellent opportunities to don your dive gear abound, and scuba diving packages run the full gambit from shore and boat diving to live-aboard adventures. Hawaii is also a fantastic destination to bring your non-diving partner because of the abundance of things to do. Casual, low-key and easy-going, Hawaii is known as the Aloha State for a reason. With its double meaning of both ‘hello’ and goodbye’, aloha is not just a word in Hawaii, it’s a symbol for love and affection. Visitors to this dynamic realm of active volcanoes and vibrant coral reefs can expect to be welcomed with open arms, so long as they respect the land and its ways.

Getting There And Around

Although it’s nearly 3800 km (2400 miles) from the nearest continent, Hawaii’s central Pacific location is easy to access through a number of airports scattered among the main islands. Incoming international flights are serviced through Honolulu on the island of Oahu, both Kona and Hilo on Hawaii, Kahului on Maui, and Lihue on Kauai. While there are no direct flights from anywhere outside Hawaii to the island of Molokai, it’s serviced regularly by Hawaiian Airlines, as are all of the other major islands. With this local airline’s inter-island flight times averaging just 30 minutes to an hour, it’s no more than a hop, skip and a jump from one scuba diving location to the next. The Hawaiian Islands were first populated by Polynesians almost 2000 years ago, and were under the rule of a monarchy until their US takeover in the late 1800’s, and their subsequent official status as the 50th state, in 1959. Although the population is now closing in on 1.5 million, with about 70% of residents living in or around the capital of Honolulu on Oahu, most of Hawaii has managed to retain the friendly atmosphere of a small town. English is spoken everywhere, and in fact, the only place where the original Hawaiian language is still used on a daily basis is on the private island of Ni’ihau, near Kauai. But you’ll still find many Hawaiian names, words, and expressions used throughout the islands, including about 85% of all place names. This is rather impressive, considering the Hawaiian alphabet contains only twelve letters.

Why You Should Go

Whether you’re an experienced scuba diver, or a novice snorkeler, Hawaii puts an entire underwater world at your disposal. If you’ve always wanted to learn to dive, there’s no better place for you to be. Most dive companies offer exciting intro-dives, as well as reasonably priced PADI open-water certification courses. The warm, inviting waters surrounding Hawaii showcase an incredible number of colourful tropical fish, with many that are found nowhere else in the world. Hawaiian Lionfish, Frogfish and various eels are commonly spotted, and sharks, manta rays and sea turtles are regular, year-round residents. Various species of coral and mammals are also abundant, with many of the unique reefs growing no more than a ¼ inch per year. Every winter, Hawaii’s waters are visited by Humpback whales that migrate here to give birth, while sperm whales, pilot whales, Spinner dolphins and Monk seals make the islands their permanent home. It’s a wonderful opportunity to witness this fragile and unusual environment up close, as well as the thrill of exploring shipwrecks and ancient lava tube formations, that makes a diving vacation in Hawaii so special.

When You Should Go

The weather in Hawaii is very consistent, with an average daytime temperature of about 27C (81F) that fluctuates by only a few degrees throughout the year. This lovely fact, combined with inviting water temperatures that average 23C (74F) year-round, and that reach close to 26C (80F) in the summer months, make scuba diving in Hawaii a great idea any time of the year. Just the same, to maximize underwater comfort, many diving operations do recommend the use of a 3-5mm wetsuit. Hawaii has only two seasons. Summer runs from May to October, and the rainy season makes up the rest of the year. But despite its name, the rainy season generally only averages about 25-30 inches of precipitation annually, and most nature enthusiasts welcome this time of the year when migrating Humpback whales are regularly spotted offshore, and sea turtles come onshore to lay and hatch their eggs. Although the coastlines are blessed with pristine beaches and outstanding scuba diving opportunities, it’s important to note that seasonal high surf occurs on all of the islands year-round. Typically, shorelines that face north, east, and west experience high surf during the winter months, with south, southeast, and southwest facing shores taking their turn during the summer. The risk of hurricanes, most of which miss Hawaii completely, is generally present from early June through November.

The group of islands we now call Hawaii began forming millions of years ago, when magma burst up through the earth’s crust. This process continued (and still continues today) until the solidified lava formations built their way up above the ocean’s surface to form land. The island of Hawaii, or the Big Island, is the youngest formation in this volcanic archipelago, at about 400,000 years old, but it makes up over 60% of the state’s landmass and is one of most active hotspots on earth. If you think all of that makes for some pretty exciting diving opportunities, you’d be correct. Without a doubt, one of the best locations to dive in Hawaii is off the coast of Kona. Scuba diving packages are plentiful, and both shore diving and boat diving have something special to offer. Near to shore, divers will find steep drop-offs with lava tubes and caves to explore. In deeper waters, there are dozens of popular sites to visit, including an airplane wreck off Keahole Point, and a site known as Red Hill where an underwater cinder cone features ledges, honeycombed lava tubes, coral pinnacles and brightly coloured mollusks. But for a truly amazing experience, don’t miss your chance to dive or snorkel at night with the Pacific manta rays. You won’t soon forget the sight of these gentle creatures, with their 8-14 foot wingspans, gliding out of the darkness to spin gracefully around you as they feed. Another well-known Big Island location that’s worth checking out is Kealakekua Bay, including Ka’awaloa Cove. Hammerhead is a deep dive with significant pelagic activity, while Coral Dome is a big, abundantly populated cave featuring a giant skylight. For the intermediate diver, the aptly-named Long Lava Tube is punctuated by a series of skylights that shoot light through its 70-foot length, and you may well encounter morays, Spanish dancers, conger eels and schools of squirrelfish here.

Running head-to-head with the Big Island for the best dive sites in the region is the island of Maui, where no underwater site stirs more excitement than Molokini Crater. This partially eroded volcanic crater sits midway between Maui and the island of Kaho’olawe and features a crescent moon shaped formation that rises about 160 feet above the ocean’s surface. Divers here can experience the thrill of investigating steep walls and ledges in the company of turtles, manta rays, and whitetip reef sharks. The black coral reef that extends out from the crater is quite extraordinary, and because the US Navy once used Molokini for target practice, live bombs are occasionally, and quite remarkably, still spotted on the crater floor. Morning generally offers the best conditions at this impressive site, when the water is at its calmest and clearest.

Even if you’ve never visited Hawaii, you may well have heard of Hanauma Bay. This stunning, sapphire, bowl-shaped bay lies at the base of an eroded volcano, not far from Waikiki. Although it’s been a hugely popular snorkelling and dive site for decades and has unfortunately been well-trampled in many areas as a result, it still offers some wonderful opportunities to view attractive coral gardens and to swim with the turtles. Some of the reefs here are estimated at close to 7000 years old, and they provide a natural underwater city for the sparkling schools of silver and blue. At the other end of Oahu, the Shark’s Cove and Three Tables sites in Waimea offer fine summer shore diving; and boat-divers can discover haunting underwater vistas that feature offshore lava tubes, coral reefs, arches and cathedrals.

Visiting the Hawaiian Islands without snorkelling is like visiting the Taj Mahal with your eyes closed. All you need is a mask, a snorkel, and some decent swimming ability to view and explore this mesmerizing underwater domain. Every island in the archipelago offers fantastic opportunities for shoreline snorkelling, and boat tours are readily available to get you everywhere else. Endangered sea turtles (don’t touch or harass them, or you’ll pay a fine), dolphins, jacks, sharks, and hundreds of brilliantly coloured fish await you in places like Hanauma Bay on Oahu and Malu’aka Beach on Maui. For the truly adventurous, nighttime snorkeling with the manta rays off Kona on the Big Island offers a thoroughly unforgettable experience.

Should you manage to pull yourself away from Hawaii’s underwater treasures for a day or two, you’ll find a host of other exciting activities and attractions to explore. With its 19 natural reserves, and 52 state parks, the islands are a natural wonderland where you can hike across ancient lava flows and craggy volcanic peaks, horseback ride along ranch trails, crawl through natural lava tubes, zip-line through forest canopies, or simply enjoy a relaxing round of golf. A helicopter tour will give you a whole new perspective of the islands, and offers the awe-inspiring opportunity to witness the creation of new land where volcanic lava still spills into the sea. With year-round arts and cultural festivals, and an up and coming food and wine presence, the Hawaiian Islands have something for everyone. If you just can’t bear to be away from those perfect, glassy waves for too long, bodyboarding, snorkelling, fishing, kayaking, stand-up paddleboarding, and the ancient sport of “wave sliding” – also known as world-class surfing – are available just about everywhere.