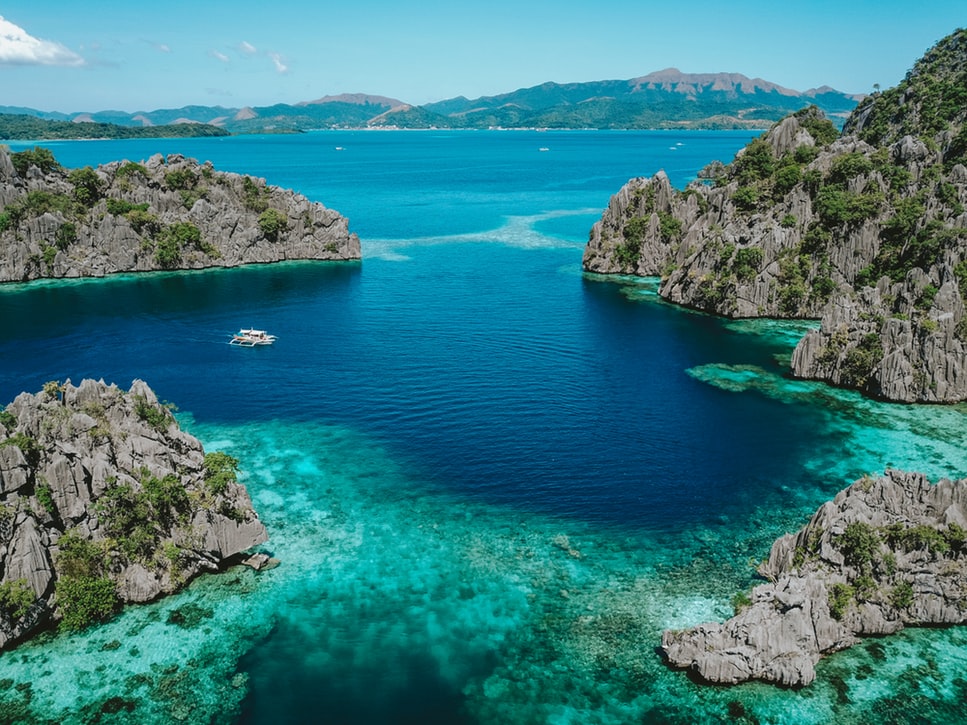 Located in the western Philippines this archipelago is stunning both above and below the water.

The Palawan archipelago consists of 1,780 islands stretching from Borneo in the southwest to Mindoro Island in the northeast. Known as the ‘Last Ecological Frontier of the Philippines’, Palawan is one of the real treasures of the Philippines.

Coron has been described as one of the best spots in the World for Wreck diving with 11 vessels sitting on the sandy ocean floor! Some can be dived by beginners but some require experience and proper certification. The visibility here is often quite low (from 5m to 15m) and the marine life around the shipwrecks is poor with mostly Scorpionfishes, Crocodilefishes, Nudibranchs are the usual reef fishes like the Triggerfish or Clownfish. Groupers and Barracudas can also sometimes be spotted. So if you come to Coron it is definitely because you are passionate about Wreck Diving, not just to see the fish!

There is also a very interesting dive site called Barracuda Lake which you reach by clambering over limestone rocks. It is a former volcanic crater that has both freshwater and saltwater where you can dive and discover amazing rock formations through crystal clear waters.

Open only during the months of March to June, the reef system of Tubbataha National Marine Park absolutely teems with marine life and remarkable coral walls. Declared a UNESCO World Heritage Site in 1993, large pelagic creatures such as sharks, rays and mantas can be seen here.  It is truly a place worth visiting and is considered by most to be the best diving in the Philippines. Tubbataha has three main areas, Jessie Beasley Reef, North Tubbataha Atoll and South Tubbataha Atoll.