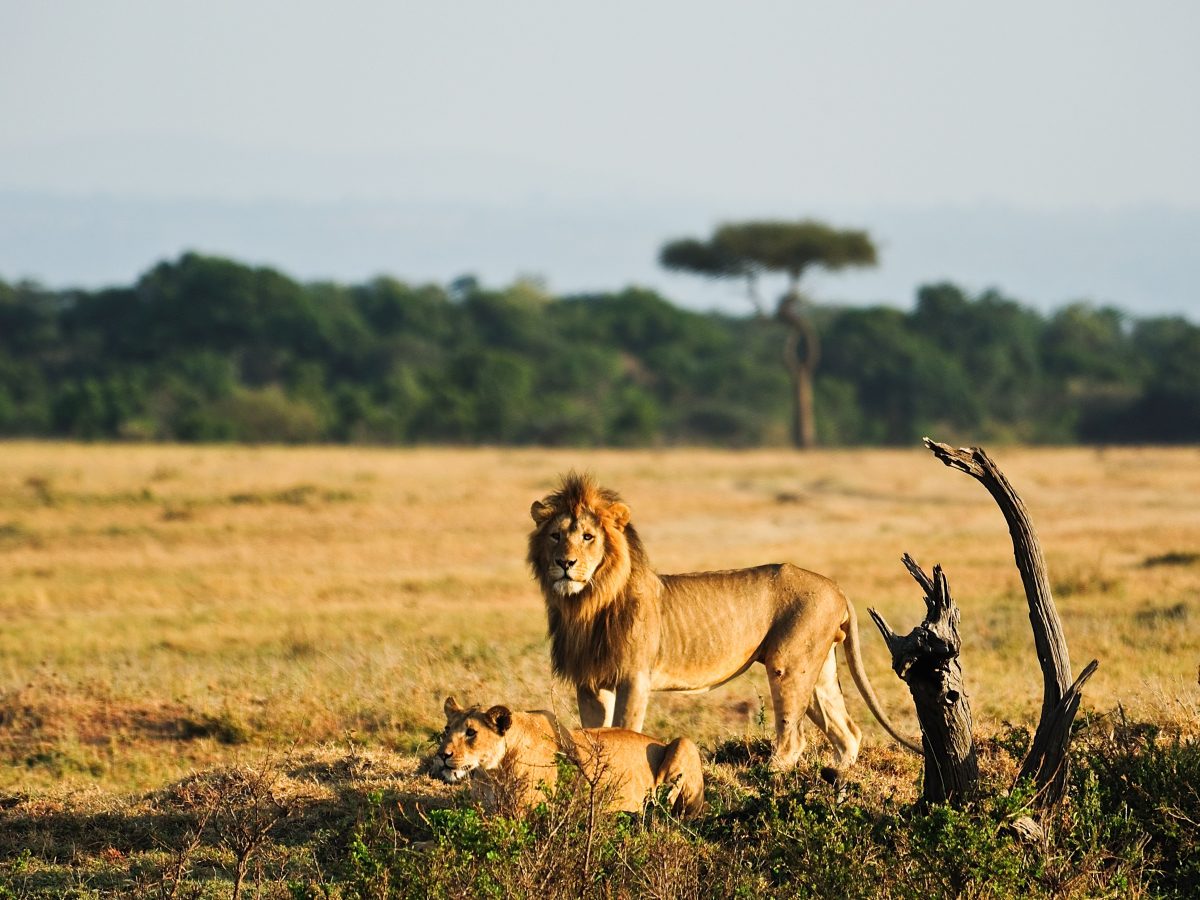 You’re likely familiar with South Africa as a tourist destination. After all, it’s home to the Big 5, incredible wineries and amazing landscapes. But, did you know it’s also a world-class scuba diving destination?

A haven for sharks, this southern African country attracts divers from around the world thanks to its megafauna, coral reefs and annual Sardine Run migration. All year round this country boasts underwater experiences that will make you gasp in awe.

To learn more about South Africa diving and perhaps even inspire you to book your next adventure, read on and enjoy our scuba diving guide to this incredible destination.

South Africa is the southernmost country in Africa. It boasts a coastline of 2,798km/1,739 miles, touching both the southern Atlantic Ocean and the Indian Ocean.

In addition to its long coast, South Africa also borders Namibia, Botswana, Mozambique, Zimbabwe, Eswatini (formerly Swaziland) and Lesotho. It’s the 25th largest country on Earth. The multi-ethnic country has a complicated history and is today home to a variety of cultures, languages and religions.

Thanks to its incredibly long coastline, South Africa is home to a variety of diving highlights. We’ll run through them geographically, starting in the northeast.

Around Simangaliso Wetland Park, divers will find the best coral reefs in South Africa. This region is normally referred to as Sodwana Bay and is home to diverse coral life, like turtles, dolphins and moray eels. Lucky divers can even spot whale sharks around Seven Mile Reef.

Slightly further south, Aliwal Shoal and Protea Banks are known for their sharks. Ragged-tooth sharks, hammerheads, tiger sharks, bull sharks and black-tip sharks can all be spotted in the area.

In the same area on the Wild Coast, the annual Sardine Run takes place from about May to July. During this migration, millions of tiny fish move along the coast, attracting megafauna to the feast. Divers and snorkelers can jump in to see sharks (bronze whales), whales, dolphins and seabirds take advantage of the bait balls.

Following the coast around, you’ll end up in Gansbaai, one of the world’s best destinations for cage diving with great white sharks.

Diving in South Africa can be challenging thanks to a wide variety of water temperatures and sometimes unpredictable currents. Many of the best dive sites are found in cooler waters where divers have to battle surge and heavy current. However, there are plenty of dive sites for beginners around the lengthy shoreline, too.

Boat diving is the norm, but in some areas, dive sites are accessible from shore. During the sardine run, many operators use dinghies to transport divers and some of the more expensive operations also use spotter planes to find bait balls, lessening the time spent at sea for customers.

All in all, you’ll likely find well run diving operations with options for every type of diver around the South African coast.

Sardine Run – A truly bucket list event, the Sardine Run is one of the largest migrations on Earth. From May to July, massive schools of sardines start their migration from the colder waters of the Cape and move to the warmer waters of KwaZulu Natal. These shoals attract sharks, dolphins, whales and seabirds who take advantage of the large gatherings of scrumptious fish. The ocean awakes and the thrill is simply indescribable!

The Sardine Run starts just north of Port Elizabeth moving quickly up the coast, to a site called Protea Banks in KwaZulu Natal. While it happens annually, there is still a bit of luck involved in being in the right place at the right time. A thrilling adventure, and most experienced on snorkel, not as a planned dive.

Aliwal Shoal with its many caves, gullies and pinnacles, provides a seasonal residence for hundreds of ragged-tooth sharks. Dive between June and October and expect to find yourself in the presence of several, large and fully mature specimens. Outside of “raggie” season, Aliwal Shoal offers consistently great diving with a wide variety of dive sites to suit all levels of training. The shoal attracts a huge variety of fish and stingrays abound. Dolphins, eagle rays and manta rays are not uncommon on Aliwal shoal and for something special, the wreck of The Produce (1974) produces the goods when the current allows.

If you want to see ragged-tooth sharks, a dive site called “Cathedral” in Aliwal Shoal is the place to do so. Somewhat like a large amphitheater, this dive site features amazing rock formations that shelter a myriad of creatures from sometimes strong currents. Cuttlefish and moray eels are common visitors to this dive site.

7 Mile Reef in Sodwana Bay, KwaZulu Natal – Sometimes considered one of the best dive sites in the world, 7 Mile Reef is the destination of choice for divers in South Africa looking for a tropical coral reef. This site boasts stunning drop-offs populated by reef sharks, turtles and other pelagic fish.

Uniforms in Sodwana Bay, KwaZulu Natal – This Sodwana Bay dive site is situated in coastal dunes and is part of the greater, well reserved, iSimangaliso Wetland Park (previously St Lucia Wetland Park) north of Durban. Known for its coral diversity, Uniform is a less “risky” dive and is situated east of ‘5-mile reef’ and is approximately 45 meters long and 50 meters wide. The best time for diving here is said to be between April and September even though that is when the water is at its coldest. If you prefer the summer water temperatures of about 25 degrees during the months of December and January you are set for a treat as this is the time the turtles lay their eggs.

Uniform promises to spoil you with its layered contoured coral and ocean beauties such as the Tiger Angelfish, purple butterflyfish, yellowtail goldie and much more. It is a fabulous experience and leaves you wanting more!

Protea Banks in KwaZulu Natal – For sharks, sharks and more sharks, head to Protea Banks. The Southern Pinnacles in this area are known for Zambezi (Bull) sharks, hammerheads, oceanic blacktips and dusky sharks. Rays and potato bass are also seen regularly. Protea banks rates as amongst the world’s top shark diving destinations, and yet the world has only recently started to take notice. Lying some 8km off the KZN coast the reef starts at 28m and steps down to over 45m in places. There is often strong current on Protea Banks so be prepared for a fast drift dive over the reef before ascending into mid-water for a multilevel dive. Different seasons see different species of shark visiting the reef – and then there obviously is also the Sardine Run!

Typically the dives on Protea Banks during the Summer months are drift dives over the Southern Pinnacles in search of bull sharks, tiger sharks and schooling hammerheads. The winter months from April/May see the spectacular arrival of hundreds of ragged-tooth sharks to the Northern Pinnacles. The ragged-tooth sharks seek shelter in the many caves, gullies and swim-throughs where you can often find them hiding from the current.

Due to depth and current, divers must hold Advanced certifications with a minimum of 20 logged dives to dive safely on Protea banks.

Smitswinkel Bay in False Bay, Cape Town – Diving in South Africa isn’t just about sharks and the Sardine Run. There are also some fascinating wrecks to be found in Smitswinkel Bay, Cape Town. The five wrecks found here form an artificial reef for recreational divers and a technical playground for those with tec qualifications.

Plettenberg Bay in Eastern Cape – Although conditions in Eastern Cape can sometimes be challenging, Plettenberg Bay and Groot Bank, in particular, are well worth visiting. This dive site is made up of a large reef with caves and other interesting rock formations. Like elsewhere on the South African coast, sharks are frequently seen here alongside soft coral and lots of different fish species.

If you or your travelling partners aren’t scuba diving certified, you’re in luck. South Africa is a fantastic snorkeling destination.

In particular, the warm waters of KwaZulu Natal attract snorkelers from around the world. Sodwana Bay in the region boasts vibrant coral reefs and marine life.

Around the coast, Aliwal Shoal south of Durban features hard corals and sponges where warm water meets cooler currents. Nearby Protea Banks allows snorkelers to even get in the water with hammerhead or ragged-tooth sharks.

Just southwest of Durban is the Wild Coast of South Africa. This area is home to the annual Sardine Run, which is just as accessible to snorkelers as it is to divers. In fact, most of the bait balls are seen from the surface rather than from depth.

When you aren’t enjoying the sights beneath the waves, there’s still lots to see across expansive South Africa. The country boasts mountains, gorgeous landscapes and picturesque vineyards. Cape Town, the Garden Route and Johannesburg are on many people’s must-see lists. Plus, a visit to this African destination wouldn’t be complete without a Big 5 Safari.

Because South Africa is such a big country, it has many different climates. These take in everything from temperate to subtropical, and that means you can really dive in South Africa year-round.

To get the most out of your trip to South Africa, plan your visit between November and early April.

How To Get There

Getting to South Africa is fairly straightforward. You can arrive in the country by air or by land. Most divers fly into Cape Town International Airport, but Johannesburg is also home to a major international airport.

On the other hand, crossing the border by land from Mozambique, Namibia, Botswana or Zimbabwe is also possible.

In terms of moving around South Africa, there are a number of local airlines that will service safari destinations. Many tours will include local vehicle transportation.