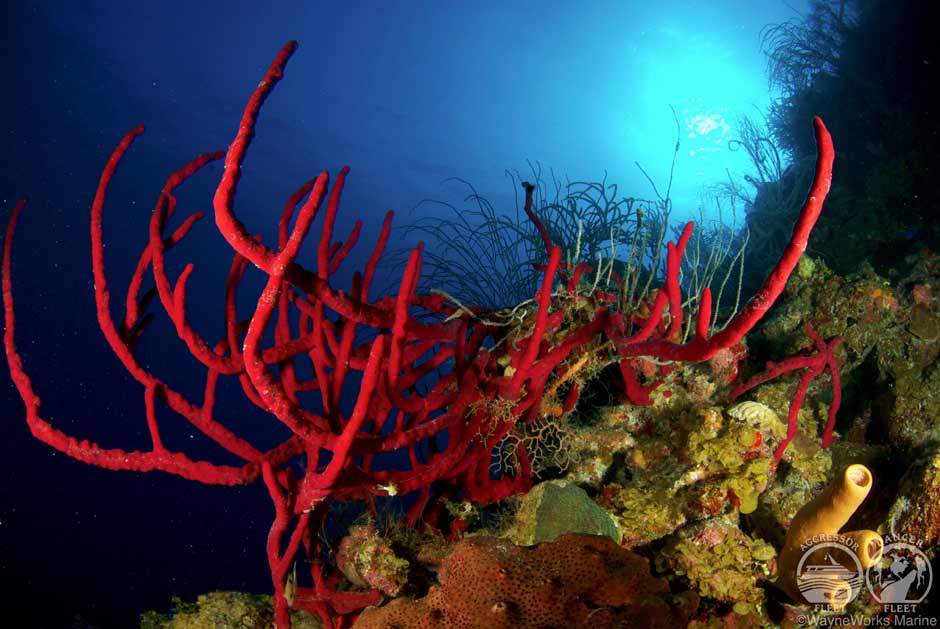 Best known for its near-equatorial climate, vast expanses of lush tropical rainforest and hidden Mayan temples, scuba diving in Belize is also a main attraction. Boasting the second longest barrier reef system in the world, its crystal clear waters are so packed with vibrant marine life and impressive coral reefs that it is arguably the jewel in the continent’s sub-aquatic crown. Dive resorts in Belize can be found along its coastline with the Caribbean Sea – there are a few centered in the capital, Belize City, but most are located on Ambergris Caye, the country’s largest island which lies to the northeast – while its numerous atolls and reef systems are home to dive sites by the thousands. Further south, the vibrant coastal community of Dangriga has a strong connection to the sea and easy access to the surrounding reef dive locations, while nature lovers head for Placencia near the border with Guatemala, a pretty little peninsula with sheltered waters that are a haven for manatees.

Lighthouse Reef sits 60 miles off the shoreline, boasting over twenty dive locations including the remarkable Blue Hole. Closer to land, the Turneffe Islands are a string of over 200 mangrove covered cayes, where sheltered bays and lagoons offer divers a choice of sites along with visibility that can sometimes reach up to 150ft. Another firm favorite, Glover Reef, is a near-circular group of partly submerged islands, protected as one of the last Nassau Grouper spawning sites and with large sections of largely unexplored reef to discover.

Belize is a unique country, being the only one in South America to have a history that is partly British Colonial. In fact, the native language here is British English, with Spanish running a close second. Its main industries are fishing and tourism, both of which make it a popular choice for visitors. Throughout June  and July the country holds its famous Lobster Festival, serving up freshly caught crustaceans in a variety of ways, with some dancing and drinking thrown in for good measure. For a more comical celebration, head to San Antonio inToledo, a Mayan village where the ancient rituals are still respected. In August they hold the Deer Dance Festival which involves tribal dancing and contestants trying to shimmy up a greased pole.

Diving in Belize usually means that your dive vacation is centered on its two main attractions, the impressive Belize Barrier Reef and the equally unique Blue Hole. The reef is an impressive 190m (300km) in length and runs the full length of the coastline, sitting around 300m offshore. Everything that’s interesting and challenging about diving in Belize can be found somewhere along this stretch, from deep dives to wall dives, wreck dives and drift dives. Seven of its dive sites are awarded UNESCO status, and the Elkhorn and Staghorn corals, which are both endangered species, thrive in these waters. The Blue Hole, once an underwater cave, became a crater when its roof collapsed over ten thousand years ago. Noticeable from the air thanks to its almost perfectly circular shape and vivid blue hue, it now holds the title of World Heritage Site and is one of the most dived sites in the country.

The best time for diving in Belize is thankfully not too limited by the weather. The waters are calm enough throughout most of the year to be navigable, although the summer months can be slightly calmer. Divers who want to spend some time enjoying the beaches and tourist activities in high season should avoid July to November when the rainy season and monsoon winds arrive. The warmest months are December to February. If you’re less concerned about the weather and more interested in the wildlife, consider visiting between March and June, because that’s when pods of Whale Sharks make their appearance here.

The Philip S W Goldson International Airport is the main entry point for tourists visiting Belize. It’s also within a few minutes travel to Belize City and many of the surrounding tourist resorts. Getting to Ambergris Caye can be done by boat from the city or light aircraft to its San Pedro airport.  Dangriga and Placencia are both accessible by car, bus or light plane.

Lying just south of Ambergris Caye, and forming part of the Hol Chan Marine Reserve, Shark Ray Alley is a unique dive site famous for its abundance of sting rays and nurse sharks. Local fishermen used to clean their freshly caught catches in these waters before returning to shore, attracting these unique creatures to feed on the leftovers, and it’s a popular place to get up close and personal with some of the world’s most interesting animals.

At Glover’s Atoll – This wall starts at 25 feet/8mt then drops steep 6000feet/1800mt into the Barlet deep, the deepest trench in the Caribbean. Because of the usual mild current and wave action, this site is always full of marine life feeding on organisms brought by the currents. Visibility at this site is usually more than 100 feet making this a spectacular dive. Critters here include Nassau groupers, lobsters, eagle rays and several species of huge snappers. Occasionally in the months of December to February giant manta rays can be seen gliding close to the surface.

The Gladden Spit Marine Reserve is located in the southern region of the barrier reef. The site has a sloping shelf that drops off steeply at about 130 ft to over 6,000 ft. Gladden Spit hosts over 25 species of reef fish that aggregate to spawn. During the full moon of April, May and June, whalesharks congregate in the area to feast on the fresh eggs and spawn. Large aggregations of snappers and jacks and schools of dolphins are often seen but the ultimate highlight of a Gladden Spit dive is a whaleshark encounter. These majestic fish can grow up to 60 ft in length and reaches sexual maturity at the age of 30.

You may also be interested in our Interesting Belize Facts article.

If you’re curious as to what to do in Belize, this article on ‘best things to do’ will help you decide! 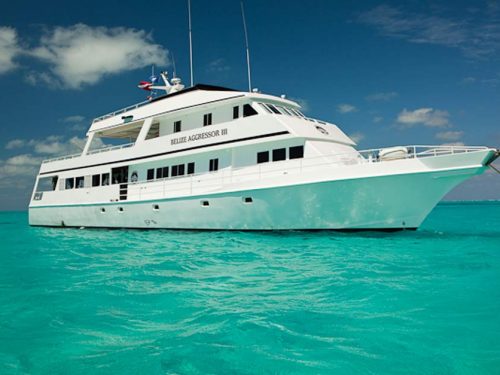 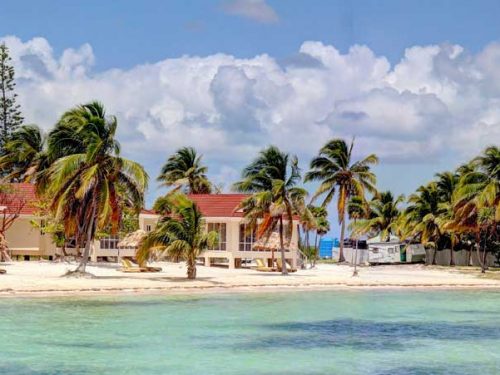 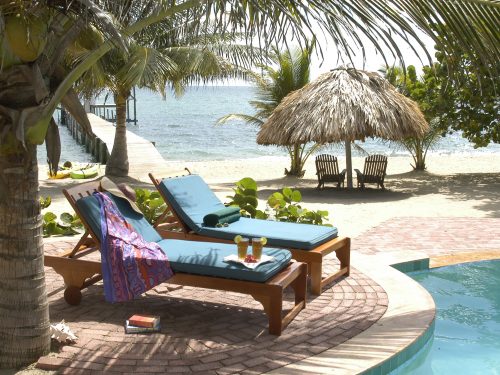 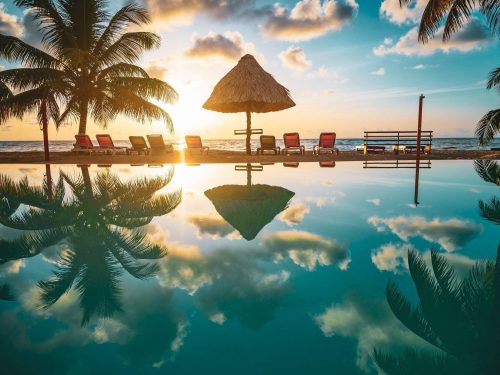 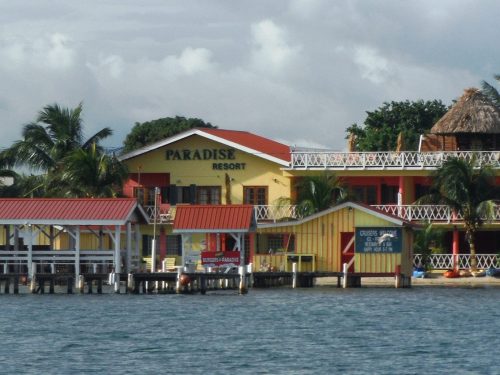 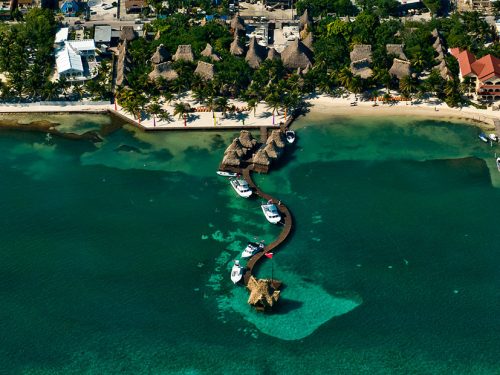 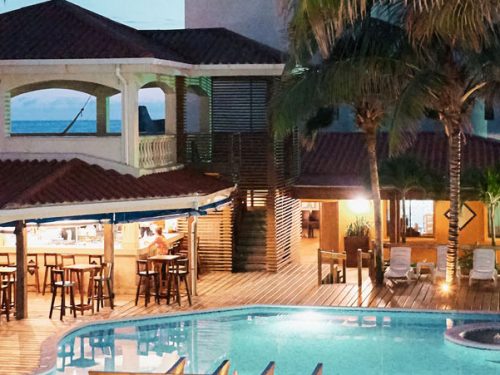 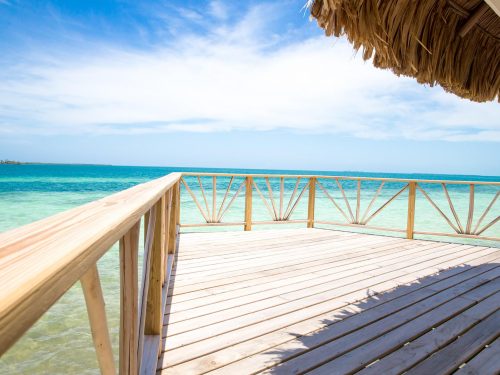 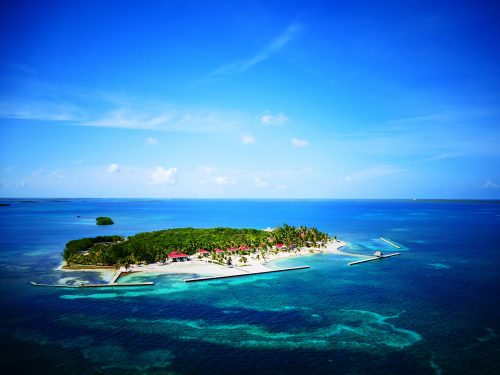