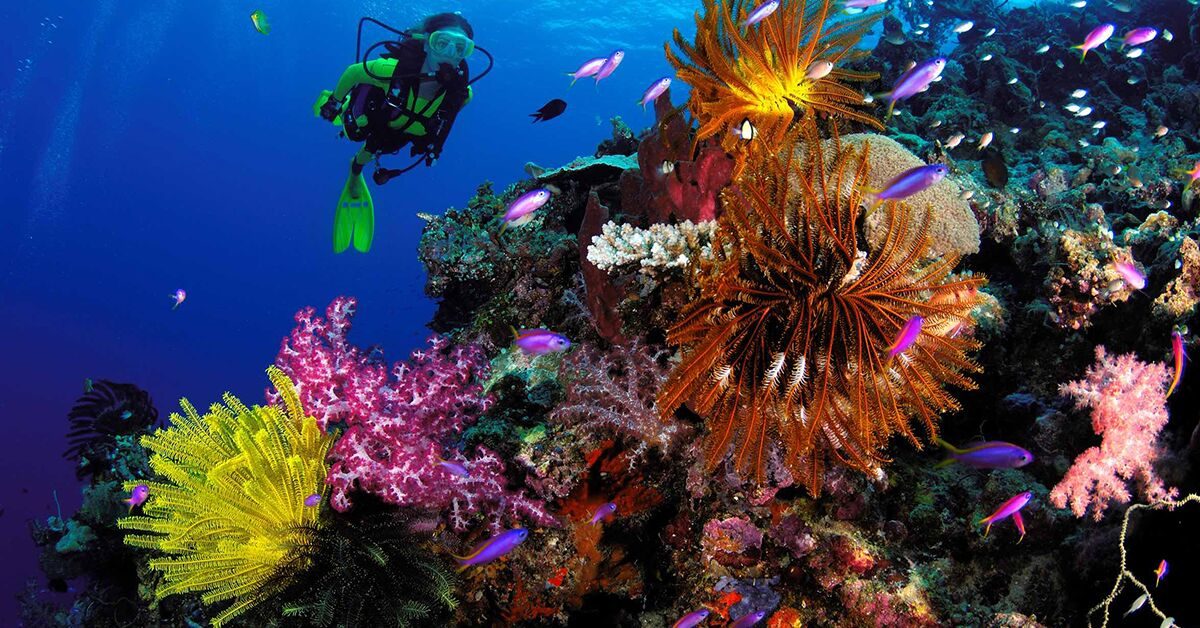 Lying just south of the equator, 160km north of Australia, Papua New Guinea is part of a great arc of mountains stretching from Asia, through Indonesia and into the South Pacific. With a vibrant and colourful culture, more than 600 islands and 800 indigenous languages, Papua New Guinea is made up of 4 regions with 20 provinces. The people are mostly descendants of the Papuans – Melanesians closely related to the islanders of Fiji, New Caledonia and Vanuatu. There are just over 5 million people living in Papua New Guinea – more than a third of them in the rugged Highlands.

The traditional Melanesian cultures are kept alive in elaborate rituals that accompany deaths, feasts, marriages, compensation ceremonies and initiation rites. Variations in village construction, dialect and dress are common in country areas while annual Sing Sing shows, part of Papua New Guinea Cultural Events, where you can see villagers from around the country demonstrate their singing, dancing and elaborate bilas (traditional costumes). The shows at Goroka and Mount Hagen are among the country’s most impressive, attracting thousands of spectators to Papua New Guinea each year. More than 800 local languages (in addition to many minor dialects) exist in Papua New Guinea – about a third of the world’s indigenous tongues. Pidgin (Tok Pisin) is common to most Papua New Guineans, and learning a few words can be handy, especially when travelling in more remote areas.

Getting In And Around PNG

Jackson’s International Airport is the official gateway into Papua New Guinea, situated about 8km away from the main town center of Port Moresby. The airport itself has the Domestic Airport and terminal adjacently connected to the International terminal to make your connecting flights to domestic airports easy and timely. A Visa upon arrival is available for $100 Kina (cash only) to visitors from many nationalities.

Diving In The Exotic And Unexplored Waters Of PNG

Papua New Guinea is recognized as one of the best dive destinations in the world. The country is surrounded by the Bismarck, Coral and Solomon seas whose constant movements feed and enrich the marine environment. With 17,000 km of coastline and 45,000 sq kms of reef systems, divers can enjoy minimal contact with other dive groups.

The immense diversity of sites include barrier reefs, coral walls, coral gardens, patch reefs, fringing reefs, sea grass beds, coral atolls and wrecks. The wreck dive sites of Papua New Guinea provide a collection of ships, aircraft and submarine wrecks from World War II. The coast of Papua New Guinea is home to some of the world’s most spectacular diving – dubbed as the ‘underwater photographer’s paradise’, with many international award-winning photos being taken in PNG waters. Located in the Indo-Pacific Area, in the Coral Triangle of marine biodiversity, experts say that the oceans surrounding Papua New Guinea have up to twice as many marine species as the waters of the Red Sea and up to five times as many as the Caribbean.

Diving is possible all year round, the optimal season generally being from mid-April to mid-June and mid-September to mid-December. Water temperature ranges from 26°C along the edge of the Coral Sea and up to 31°C in the Bismarck Sea, with visibility from 50 to 150 feet.

Dive operators offer both land-based and live-aboard dive options in Papua New Guinea. Land based companies operate on small to medium sized properties, with emphasis on personal attention in a relaxing environment. Dive sites in PNG are just a short distance from the resorts. The excellent quality of diving is synonymous with each operation. Tours normally consist of a day tour taking up to three dives, Most land-based operators also offer resort-type dive courses and have fully equipped dive shops with diving and snorkelling equipment available for hire.

Liveaboard tours can take 7-10 days, with up to five dives a day. The size of liveaboard dive boats falls between 45′ and 120′, with differing levels of amenities. Several operators now offer nitrox and rebreathers and most boats have facilities for camera equipment.

Papua New Guinea also has its own hyperbaric recompression chamber. Located in Port Moresby, the DAN-sponsored facility is part of the US based Sub-aquatic Safety Service network and is supported by the dive operators through a small chamber levy. The facility is situated within a private hospital and is operated and maintained to international standards by Hyperbaric Health Australia.

While the reefs along the coast of Papua New Guinea teems with life, they are extremely fragile. In recognition of the importance of preserving the marine ecosystem, members of the Papua New Guinea Divers Association actively promote the use of moorings on regularly dived sites. The need to practice sensible diving and respect the underwater environment in Papua New Guinea is emphasized and in doing so, the message to all divers is very clear: please look but don’t touch. Papua New Guinea was rated the TOP Dive Destination in the World in 2002 and received the Rodale’s Scuba Diving Readers’ Choice Award. Why not plan your next dive visit now?!

Papua New Guinea is home to:

Great rivers begin their journey to the sea from these mountains, among them the mighty Sepik River, one of the world’s longest waterways. This spectacular river and Papua New Guinea’s delta system is ideal for canoeing, kayaking and fishing. One can also take a 3-4 day river cruise on the Sepik River.

Papua New Guinea is also a bird watchers paradise! There are many locations throughout PNG where you can see the beautiful species of birds in Papua New Guinea, including the different species of the famous Birds of Paradise – found only in PNG. Papua New Guinea has long been a famous destination for trekking, mountain climbing and bushwalking, and is home to the world-famous Kokoda Track.

Rich in culture and history, Papua New Guinea seems a world away. Diving here is an unforgettable adventure with a spectacular selection of coral gardens, World War II wrecks and vertical walls. Due to the remoteness of many locations, a liveaboard provides you with the best experience. 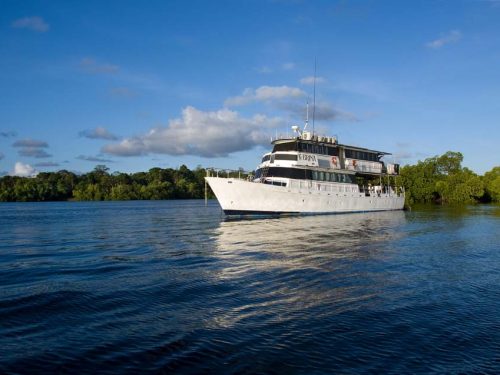 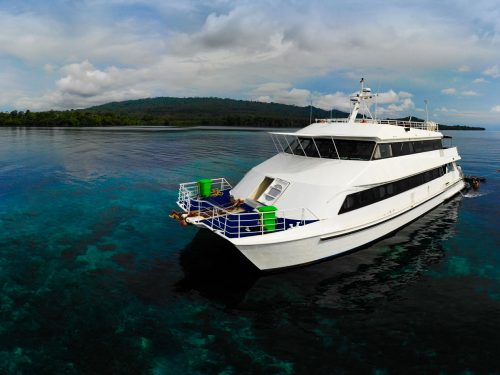 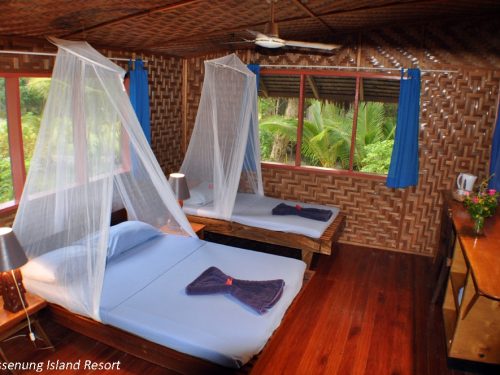 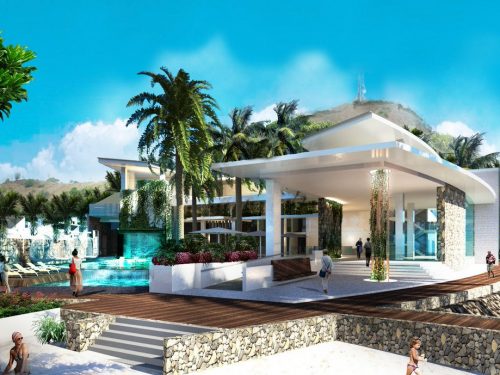 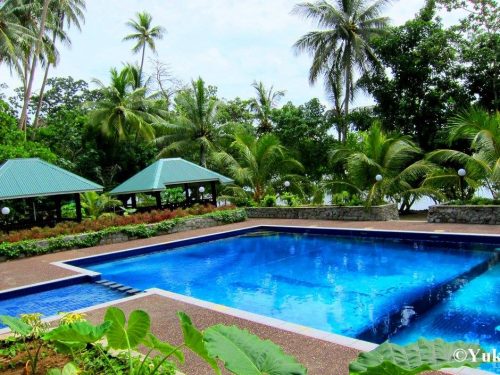 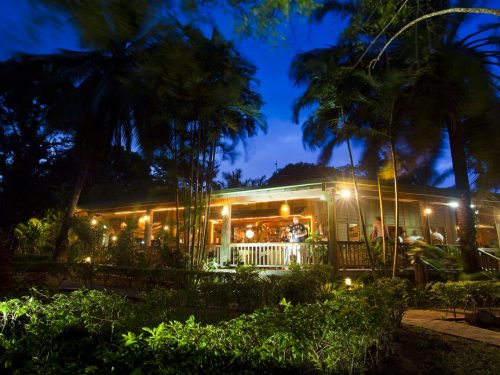 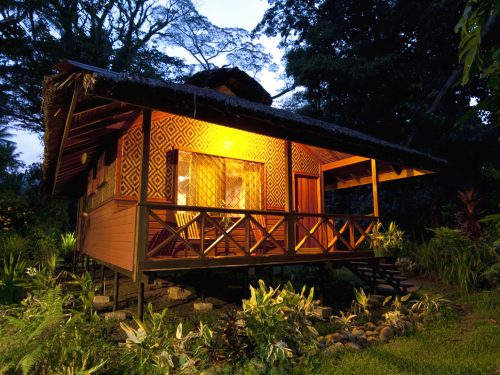