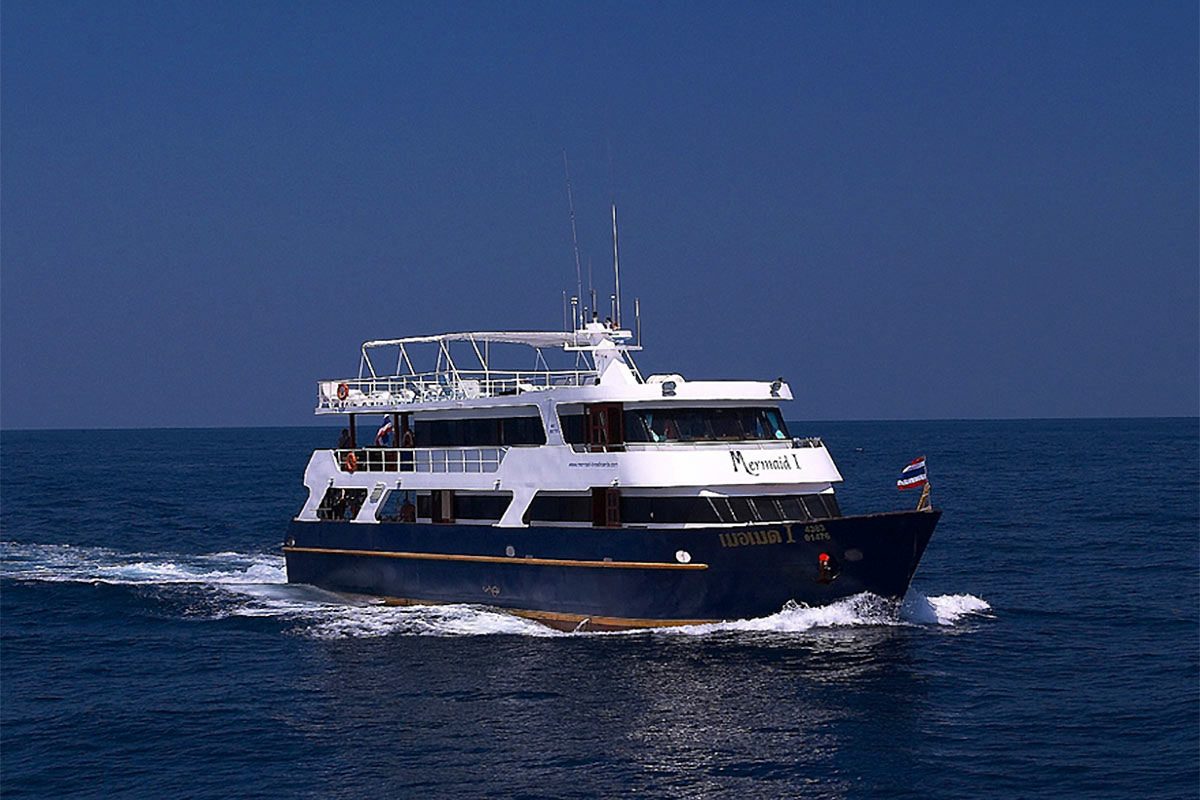 Exploring the wildlife-rich waters of the Komodo Islands, Raja Ampat, Alor and Ambon, the Mermaid I and II liveaboards access some of Indonesia’s most thrilling dive sites. Comprising around 18,000 islands, Indonesia is renowned as one of the world’s top scuba diving destinations, with stunning coral gardens and current-swept drift drives along sheer walls, as well as a fascinating macro life to discover.

Get up close to schooling jacks, frogfish and manta rays in the Komodo Islands when the marine life is at its peak between April and October. Raja Ampat is renowned for its staggering biodiversity, including rare encounters with wobbegong sharks and schooling barracuda, with the dive conditions at their best between November and May.

The Banda Sea around Ambon is best explored between March and October, with hammerheads, thresher sharks and sea snakes a particular highlight, while Alor’s dive season extends from March into December when conditions are best for discovering its macro life and amazing corals. The Mermaid liveaboards also conduct special Biodiversity cruises from Maumere to Alor, then on to the Banda Sea and Raja Ampat, as well as liveaboard trips from Raja Ampat to the Lembeh Strait to go critter muck diving in its black sands.

The Mermaid I is a 28-meter, double-engine steel motor yacht that has the capacity for 15 guests in its eight cabins. It was constructed in 1999 in Bangkok and soon became the flagship of the Mermaid fleet. It’s set across three decks and powered by two 450 HP engines.

The Mermaid II is a 32-meter, double-engine steel motor yacht that has the capacity for 16 guests in its eight cabins. It began cruising in the year 2000 and has since been constantly improved to become one of the most comfortable and diver-friendly liveaboards in Indonesia. It’s set across three decks and powered by two 450 HP engines.

There are eight staterooms and cabins to select from aboard the Mermaid I, each of which feature a private ensuite bathroom, air-conditioning, TV and DVD players. They are also equipped with refrigerators, bathrobes, towels and toiletries.

Budget Cabins
The two Budget Cabins are located below deck and feature either a double or two twin beds.

There are nine cabins onboard the Mermaid II, each of which features a private ensuite bathroom and air-conditioning.

Deluxe Cabins
There are eight Deluxe Cabins on the Main Deck, with each boasting a double bed and a single bed, as well as large panoramic sea view windows.

Budget Cabin
There is one Budget Cabin below deck that features twin bunks and shares its bathroom with one other cabin.

The menus onboard the Mermaid liveaboards include a variety of Indonesian, Thai, Western and vegetarian dishes, with both delicious buffets and barbecue meals served. Snacks are also served throughout the day to keep you energized and most special dietary requirements can be catered for with prior notification.

Fruit juices, soft drinks, iced water, tea, coffee and hot chocolate are complimentary throughout your Indonesian liveaboard vacation, with a selection of local beers and wine available for a surcharge.

Both vessels have an elegant dining room on the Main Deck where meals are served and two outside decks where guests can relax between dives, either in the shade or on the cushioned sun beds. These Indonesian dive liveaboards also feature a spacious saloon with lounge suites and expansive windows, as well as a TV and DVD player where you can kick back in the evenings. The onboard library has an interesting selection of books to peruse, including fish identification and marine life books.

Both of the Mermaid liveaboards boast a wide stern dive platform with two exit ladders and freshwater showers, as well as plenty of room to gear up and individual boxes to keep all your dive gear organized. The number of dives planned for each itinerary varies between destinations and is dependent on weather conditions and safety issues.

Divers of all levels of certification are welcome on the Mermaid’s Indonesian liveaboard itineraries, with their professional dive crews always at hand and ready to assist. You can either dive with your chosen buddy or with one of the dive crew.

Dive computers are mandatory for all divers onboard their Indonesian liveaboards, with a full line of rental equipment available. Both vessels carry mostly 12-liter tanks (although some 15-liter tanks are also available) and Nitrox is available for all certified Nitrox divers.

There are several large camera tables on the dive deck, as well as rinse containers for all sizes of camera/video setups. There are charging stations in every cabin, as well as being distributed throughout the saloon, with 220 volts being standard throughout the vessel.

Indonesia has a warm year-round climate, with temperatures ranging from around 21°C (70°F) to 33°C (90°F). However, there are distinct wet and dry seasons, with the west monsoon from December to March bringing the heaviest rains.

The Flores Sea that’s explored on the Komodo itineraries usually features clear, blue waters and great visibility, with temperatures ranging from 78-82°F (26-28°C) and most guests are comfortable with a 3-5mm long wetsuit. The Sumba Sea in the southern part of the Komodo Islands can drop to around 75°F (24°C) and a 5mm long wetsuit, hood, gloves and boots are strongly recommended. The water temperatures in Raja Ampat are around 82-86°F (28-30°C) while the Banda Sea is around 68°F (26°C), with a 3mm long wetsuit adequate protection for most divers in both destinations. 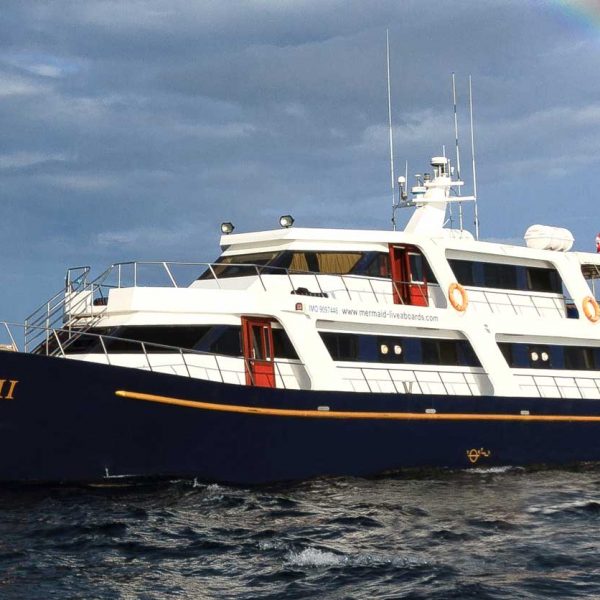 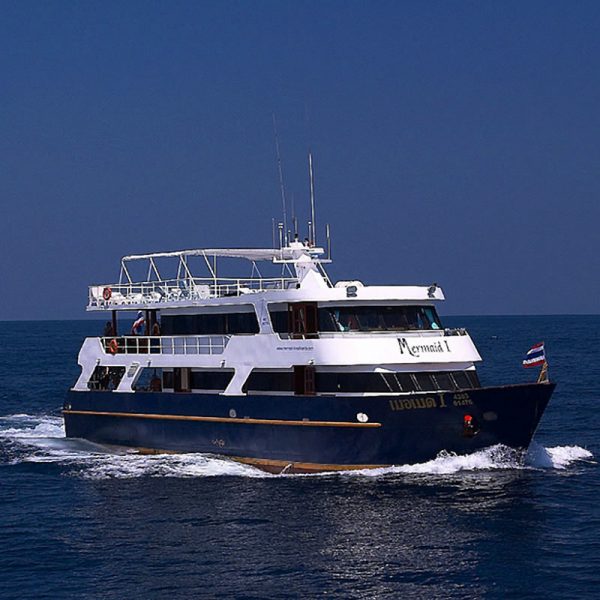 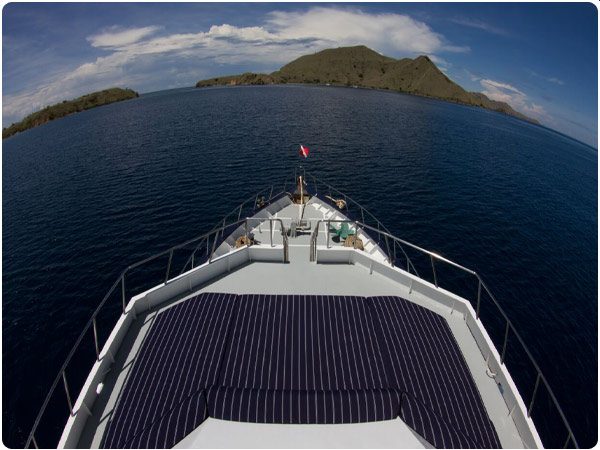