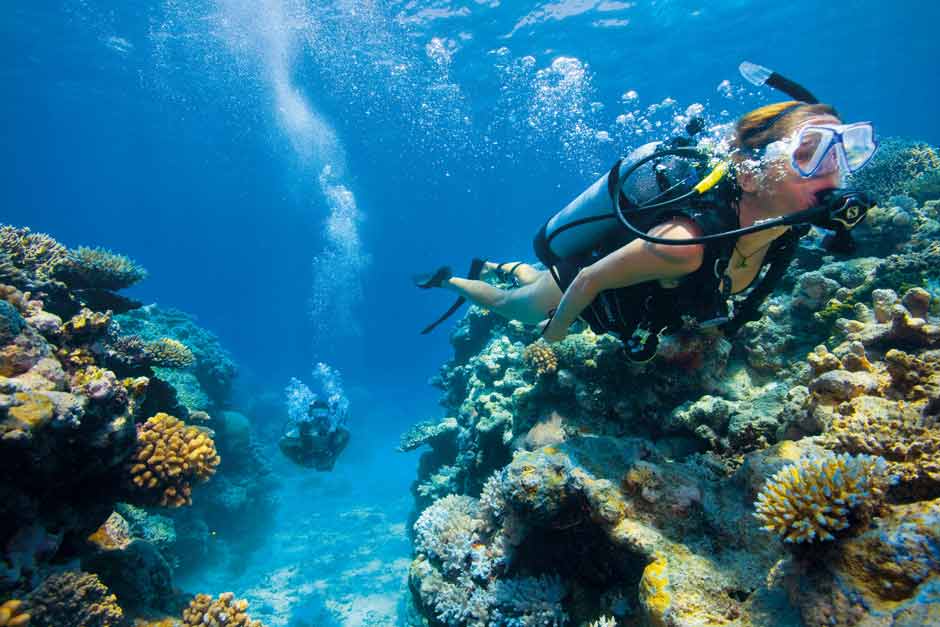 Known for its vast stretches of Outback, and its quirky collection of indigenous creatures like the platypus and dingo, Australia is not a country that does things by half. So it should come as no surprise that scuba diving in Australia offers some of the biggest underwater experiences in the world, beginning with the Great Barrier Reef. Stretching over 2000km along the country’s north-eastern coast, the GBR is not only one of the seven wonders of the natural world, it’s considered to be the world’s largest living organism and is actually visible from space.

Needless to say, the variety of marine life supported by the Great Barrier Reef is quite dizzying, and it easily showcases the best in Australia scuba diving. Six species of turtles alone breed along the GBR, and it’s a veritable underwater aquarium for viewing dozens of species of whales, dolphins, sharks, and stingrays, as well as more than 400 species of coral, and over 1500 species of fish. The Great Barrier Reef can truly be considered one-stop shopping for even the most discerning scuba diver.

Not to be outdone by the show-stopping GBR and its adjacent Coral Sea in the east, Australia’s western coastline boasts some pretty incredible diving of its own at the remote Rowley Shoals National Marine Park. Famous for their virtually untouched coral gardens, giant potato cods, Maori wrasses, and giant clams, the coral atolls here provide a wide range of scuba diving environments, including sheer walls, lagoons, and canyons. Over 200 species of coral and almost 700 species of fish rub shoulders with the park’s manta rays, hammerhead sharks, and humpback whales, and liveaboard boats out of Broome can help you experience all this and more when you’re ready to explore one of the widest continental shelves in the world.

Ningaloo Reef out of Exmouth, off Australia’s northwest cape, is a great location for diving with the area’s enormous whalesharks between March and June, and those looking to get up close and personal with the country’s infamous great white sharks should look to South Australia for a wide choice of riveting cage diving encounters.

Getting There is Easy

Australia’s population is close to 24 million, despite the fact that the majority of its 8 million square kilometers is comprised of arid, uninhabitable Outback terrain. As a world-class diving destination, however, it’s what’s off the mainland that counts, and PADI certification courses and all manner of scuba diving packages are widely available throughout the country’s coastal regions. With a large number of international airports to choose from, including Cairns in the northeast, Perth in the southwest, and Darwin in the far north, it’s relatively easy for visitors ‘down under’ to get close to their chosen dive location.

Liveaboards are the ideal way to make the most of your diving vacation in Australia, particularly around the Great Barrier Reef, because the best sites are generally too far from shore to be reached on a day trip. Most outings around the GBR begin in either Cairns or Townsville in the northeastern territory of Queensland, and thanks to the reef’s moderate depths and clear, calm waters, even the novice diver can experience great diving opportunities here, particularly around the Outer Barrier Reef off Cairns.

More advanced divers will want to head further afield to the Osprey and Ribbon Reefs where sites like Cod Hole, Lighthouse Bommie, Around the Bend, and the Snake Pit offer unforgettable encounters with huge potato cods, olive sea snakes, minke whales, and the chance to drift dive past manta cleaning stations and coral grottos. Meanwhile, the SS Yongala shipwreck out of Townsville is considered by many to be one of the best wreck dives in the world. This passenger and freight steamer, and its 124 passengers, sank during a 1911 tropical cyclone, and the ship was only rediscovered in 1958.

Year-round Diving at the GBR

The best time of year to dive in Australia depends to some extent on personal preference, since certain marine populations, like the region’s humpback whales, minke whales, and whalesharks, are seasonal. Although hot and cool seasons run at opposite times of the year to those in North America, year-round diving in Australia is really only curtailed in the more southern regions, where inclement weather can sometimes interfere with dive trips between May and October.

Around the Great Barrier Reef, the best time for minke and humpback whale spotting is from June through November. Water visibility averages 15-20 meters (50-70 feet) in this area, and water temperatures range between 24-30oC (75-85oF) over the course of the year. Queensland itself boasts lovely tropical daytime temperatures from the mid-20’sC (mid-80’s F) to the mid-30’sC (mid-90’s F), in winter and summer respectively.

Out of the water, a trip to Australia simply begs for a topside extension: explore the Kuranda Rainforest, take a side trip to Darwin and visit Ayers Rock, spend a few days exploring Sydney, drive the Great Ocean Road between Melbourne and Adelaide, or relax on the beautiful white sands of the famous Gold Coast. The real enthusiast can even hunt up further diving escapades off the island of Tasmania. Options for adventure are practically endless in Australia and truly require more than one trip, but you shouldn’t let that stop you from doing your best to experience it all in one visit!

You may also be interested in reading about Australia Interesting Facts. 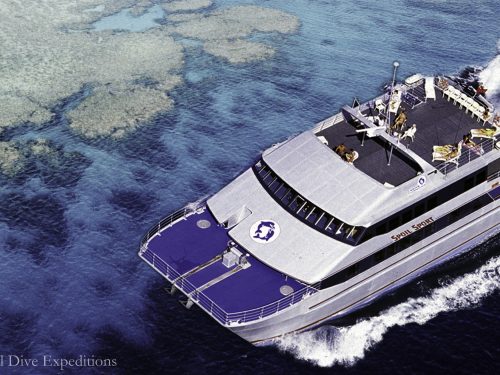 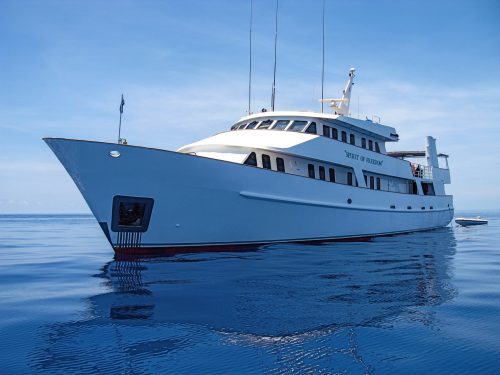