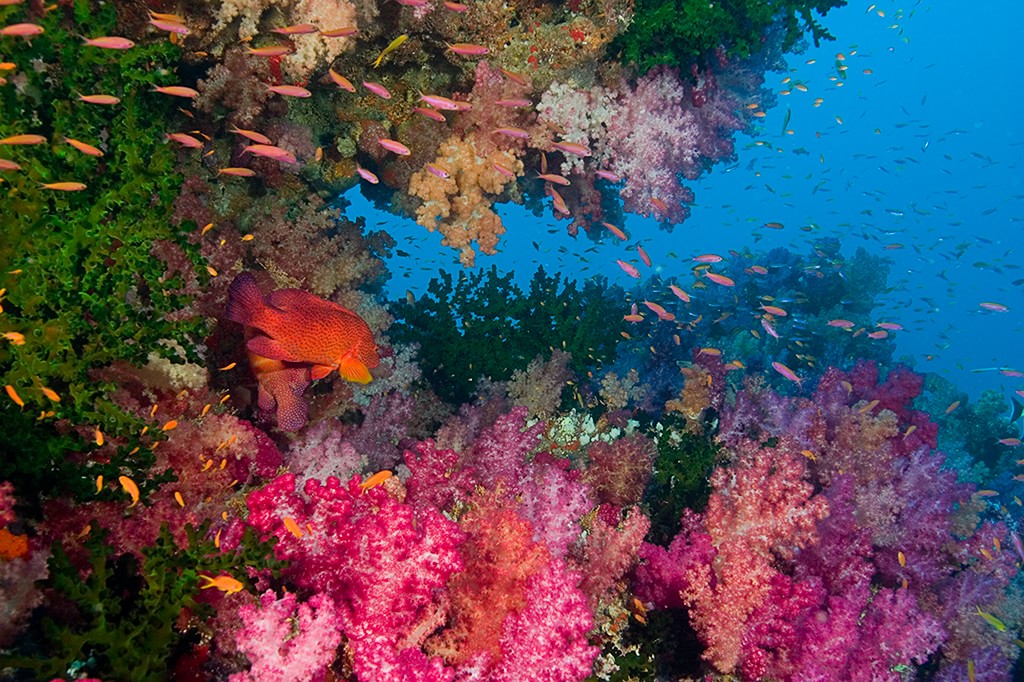 The Fijian archipelago consists of 300 islands spread over 1.3 million square kilometers of the South Pacific Ocean, which makes Scuba Diving Fiji very attractive. The country is located south of the equator and north of the tropic of Capricorn, 3000 km’s north east of Australia and 2000 km’s north of New Zealand. Seventy-five percent of Fiji’s 840,000 people live on the main island of Viti Levu. Eighteen percent live on Vanua Levu and the remaining 7% are spread over a hundred or so different islands. An ancient culture dating back thousands of years, the Fijian people are known for their hospitality and are extremely gracious and welcoming.

Fiji was recently voted the friendliest country in the world. Scenic flights reveal majestic mountains, lush green jungles and beautiful islands surrounded by white sandy beaches. Fiji’s dense, spectacular jungles are unspoiled and untouched with over 2000 indigenous plant species. Orchids grow here in their natural surroundings. Local fruit trees include: bananas, pineapples, papaws, mangoes, breadfruit, noni, oranges and mandarins. Along with those incredible jungles are the beautiful birds that come with them. There’s  nothing quite like waking up the sounds of the local exotic birds chirping away in the morning while cleansing in a traditional private outdoor shower, gazing up at the towering trees above.

Fiji scuba diving is incredibly diverse. From swim throughs and caverns to sheer walls; drift diving, macro marine life and amazing pelagics, there’s something for everyone’s taste and budget. Known as the soft coral capital of the world, Fiji is one of the most popular dive destinations in the South Pacific. Incredible diving is accessible from land based resorts and by live-aboard dive boats. A two week vacation is ideal, combining two different islands, or a live-aboard trip and a week at a dive resort. There are very distinct diving areas in Fiji.

Viti Levu is Fiji’s largest island where you will find its two biggest cities, Nadi and Suva. Upon arrival at the international airport in Nadi (pronounced Nandi) options for divers are many. Just west of Nadi is the Mamanuca Group (pronounced Mama-nutha). This group is comprised of twenty volcanic and coral islands such as Castaway Island, Treasure Island, and Beachcomber Islands. The islands of Monu and Monuriki were recently made famous by the Tom Hanks movie, “Cast Away”. Due to their close proximity to both Nadi and nearby Lautoka, the Mamanuca Group is popular for those that want a relaxing vacation with the family but want the option to dive. This island group is accessible by day boat. North and West of Viti Levu along the Coral Coast, Mamanucas and Yasawas are considered best for new or occasional divers thanks to few currents. Most sites are relatively shallow and schools of beautiful reef fish are abundant. North east Viti Levu’s town of Rakiraki is a fantastic base for diving the Bligh Waters.  Vatu-I-Ra Passage, within the Bligh Waters is known for spectacular walls and seamounts that feature corals, reef fish and schooling fish including pelagics.

Vanua Levu, Fiji’s second largest island is home to Savusavu town, which is a great base for diving all the local sites. Southern Vanua Levu and Namena are best for divers who seek variety, and abundance. These sites often need to be planned according to weather conditions since currents can be very strong. Consequently, boat rides can be long, and the water choppy so these sites may be better accessed from a liveaboard if you are prone to sea sickness. Namena Marine Park is the kind of diving dreams are made of. Composed of lots of coral bommies, walls and channels, it features a bit of absolutely everything. One site in particular called Grand Central Station is named so due to the staggering amount of fish that inhabits the proctected marine park. Southern Vanua Levu is particularly great for walls and soft corals over pinnacles. Don’t miss a chance to dive the Dream House, a pelagic dive where you’ll encounter schooling scalloped hammerhead sharks, along with grey reef and white tip sharks, barracuda and trevally.

Eight kilometers south of Viti Levu, is Beqa Island, which is surrounded by one of the world’s largest barrier reefs. Currents here are mild, visibility is typically in the 100 foot range, and water temperature stays fairly constant at 80 degrees F (26 C). Spectacular dive sites are only minutes from shore with over 100 sites to choose from. Best known for shark diving and feeding, you can also expect to see blue ribbon eels, clown trigger fish, lion fish, leaf scorpions, reef sharks, and millions of colorful anthias and fusiliers. Transfers to Beqa Island are by boat from Pacific Harbor.

Taveuni, The Garden Island, and the third largest island in  Fiji is best for more experienced divers who are comfortable with some depth and current. The Somosomo Strait which separates TaveuniI sland with Vanua Levu is home to the famous Rainbow Reef. There is a great deal of water movement through here especially where the channel narrows. This is great news for divers though as nutrient-rich currents are brimming with nutrients eagerly anticipated by the marine life. The famous Rainbow Reef in the Somosomo Strait is so aptly named for all the soft corals that expand and display their stunning colors while feeding on the nutrient rich currents.

Kadavu Island, the third biggest island is also best for experienced divers who are comfortable with currents and who enjoy deeper diving. Home to the Astrolab Reef, Kadavu Island is known for reef channels leading to outer walls, healthy hard corals, sharks and year-round resident manta ray encounters. The reef is a great location for experiencing marine life and coral diversity, being relatively unspoilt due to its distance from densely populated areas in Fiji. Inter-island flights to Taveuni or Kadavu originate from Nadi or Suva, are reasonably priced and take less than one hour’s flying time.

English is the official language in Fiji, and usually vaccines are not required before departure. The usual precautions with food, water and mosquitoes should be followed, but no other advance preparation is required, which makes for a great place to be whisked away by a loved one. Fijians are pleased to share their culture, which is saturated with a rich history, relaxing island music, delicious cuisine centered on seafood, and incredibly talented artists. The diving is truly spectacular, the scenery is incredibly inspiring but the real reason why you will fall in love with Fiji, are the locals. They genuinely know how to make a guest feel welcome, and smiles are easy to come by. It doesn’t feel forced or fake, and it seems hospitality is in their blood. The feeling you get when you arrive to a resort to discover that the staff already know your name within a few minutes is truly special. So why not consider scuba diving Fiji for your next dive vacation?

Check out our Top 5 Reasons to Make Fiji Your Next Scuba Diving Vacation Destination! 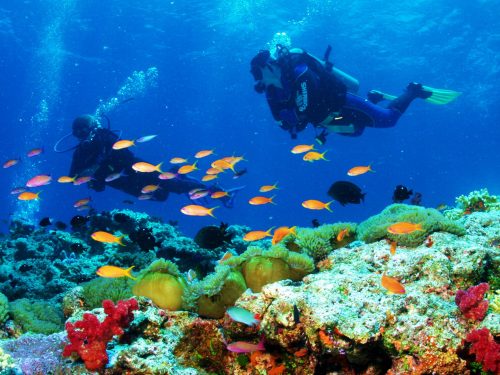 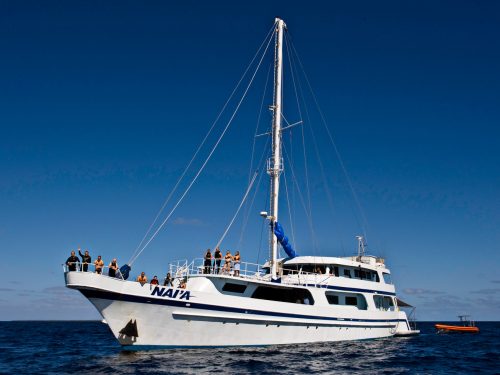 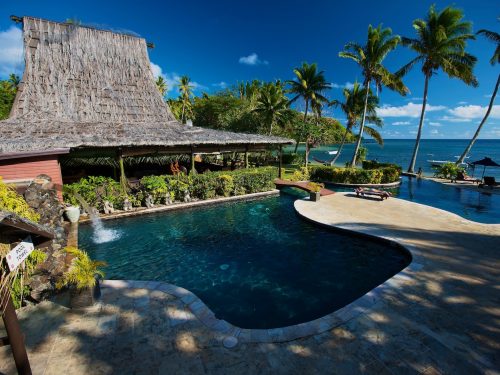 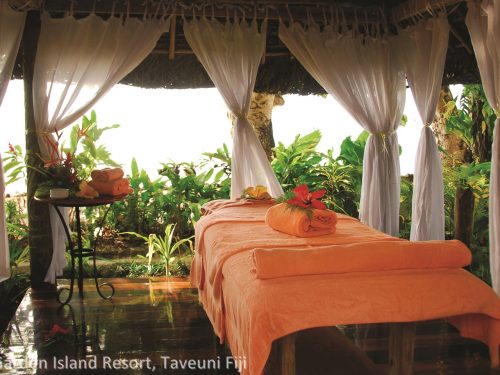 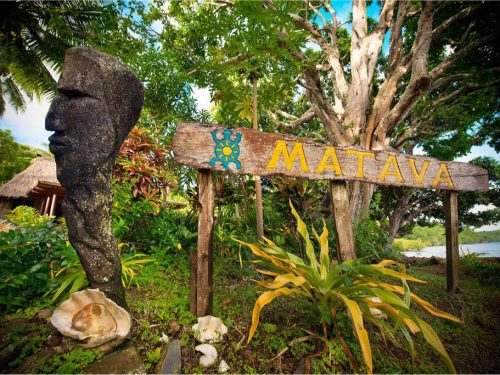 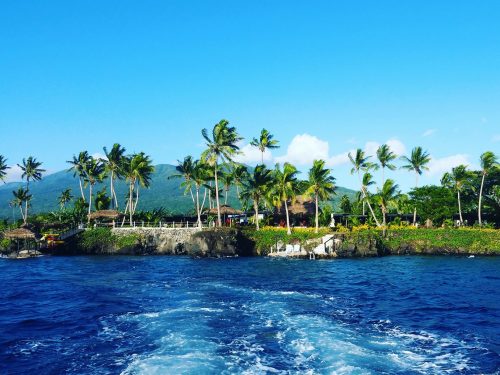 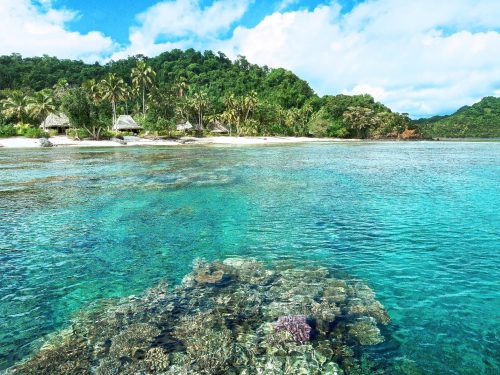 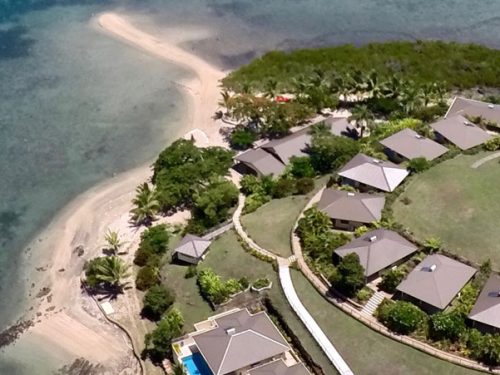 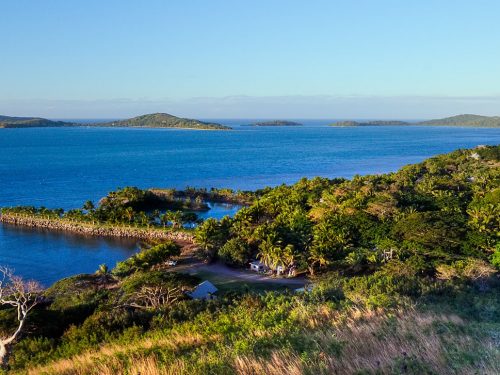