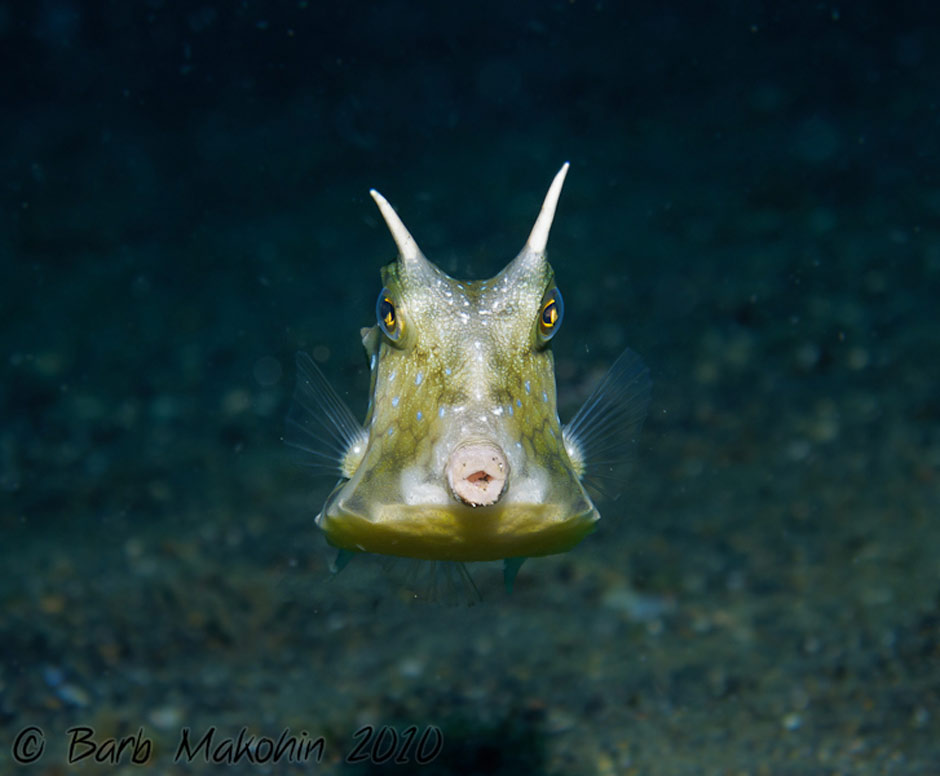 The Coolest Macro Critters to Look for

A sharp, keen eye and a bit of patience is sometimes all it takes to be rewarded with a sighting of the some the ocean’s most unique and unusual creatures. From unbelievable Octopi who change their skin color and texture to resemble other macro critters, to the kaleidoscope of colors presented by the Mantis Shrimp and Mandarin fish, the ocean is full of truly amazing macro critters.

As you mentally flip through your log book, what creatures do you see written on the water-creased pages? If you’re like most divers, you’ve seen a number of stingrays, reef fish and sharks. Maybe you’ve even had the chance to write ‘manta’ or ‘whale shark.’ While coming across the giants of the underwater world is an indisputably awesome experience, many divers are now turning their sights to the tiniest of creatures. These macro critters form the foundation of marine habitats, but don’t expect a bunch of boring fish food. Many of the small marine animals are, in fact, the most fascinating. As the bottom of the food chain, they must display spellbinding behaviour to evade larger predators, including chameleon-like impersonations and enterprising hostilities. You’ll have to try pretty hard to spot them, but finding these 10 weird and wonderful macro critters is the treasure hunt your log book has been waiting for.

This Merlin of the sea expertly impersonates other familiar species. By changing its color and skin texture as well as its shape, the mimic octopus uses its subterfuge to lure prey and protect itself from predators. But it doesn’t just imitate coral. This intelligent invertebrate can mimic up to 15 other sea creatures, including lionfish, sea snakes, flatfish or jelly fish. Ready to play hide and seek with this octopus? Book a trip to the Lembeh Strait in North Sulawesi. The area’s muck provides the perfect cover for these underwater chameleons.

Ever wondered what it’s like to be on the cutting edge of science? If you can spot the Psychedelic Frogfish, you will be one of only a few people in the world to have seen this anglerfish. First described in 2009, the frogfish has reportedly been identified just 9 times. Much like your fingerprint or a zebra’s stripes, each psychedelic frogfish displays a unique pattern of peach and yellow stripes. Also notable is the small appendage on its forehead used to lure in prey, making the Psychedelic Frogfish appear similar to its anglerfish relatives in the deep sea. Although it is likely that this frogfish lives elsewhere in Indonesian waters, to date it has only been found around Ambon Island.

Look closely at a sea fan or coral and you might be surprised to find a pygmy seahorse. These tiny, undercover creatures are born to perfectly match their underwater environment and often live on a single coral for their entire lives. Imagine staying in your bedroom for years on end. You might turn the color of your walls, too! As an added quirky trait, it’s actually the male pygmy seahorses that carry their young and give birth. Try your luck at spotting a pygmy seahorse by booking a dive holiday in the Visayas of the Philippines. Be sure to pack your magnifying glass. Believe us, you’ll need it to see these tiny creatures.

This amazing macro critter is Beauty and the Beast all rolled into one. While some of the 450 species of mantis shrimp remain brownish in color, many are known for their multicolor displays, appearing as a moving rainbow on the seafloor. But don’t underestimate the power of this predator. Their fierce claws can move at the same velocity as a gunshot and have been known to break the glass of aquariums. Because the mantis shrimp isn’t your run of the mill reef dweller, they should be on your list of must-see animals. Spot one on your next dive by booking a trip to Thailand’s Andaman Coast.

While moray eels are fascinating creatures in their own right, the ribbon eel, a unique species of moray, takes ‘interesting’ a few steps further. These black, blue and yellow eels are actually sequential hermaphrodites, meaning they start their lives as males and, after growing to a certain length, change color and develop female organs for laying eggs. Wild! These elegant critters can be found from East Africa to French Polynesia, east to west, and from Japan to Australia, north to south. They are, however, very common in Bali. If the ribbon eel is on your bucket list, be sure to check out Indonesia as your next dive vacation.

Like something out of a child’s nightmare, the weedy scorpionfish is a camouflaged marine predator belonging to the rhinopias family. With ‘weedy’ tentacles and vibrant colors that change from fish to fish depending on habitat, this nocturnal hunter is mostly stationary, lying in wait for its prey to approach. If it does move, the fish tends to oddly scoot along the bottom using its fins rather than swim. While it may look more silly than dangerous, the weedy scorpionfish has venomous spikes along its spine which it won’t hesitate to use if threatened. Although the weedy scorpionfish is widespread from Japan to Australia, your best bet for finding one is in the muck sites around Ambon Island, Indonesia or Batangas, the Philippines.

Do you love brightly colored reef fish? Then, the mandarin fish is for you. This blue, yellow, and orange fish belongs to the dragonet family and is one of only two vertebrates in the world to be colored blue due to cellular pigment. As a bottom feeder that only grows up to 6 centimeters in length, the mandarin fish can be tough to spot, so keep your mask clean and your eyes open. A great way to see the mandarin fish is to book a dive holiday to Mabul Island in Malaysian Borneo. The coral rubble beds around the island provide ample habitat for this colorful creature. The Philippines are another popular spot for this beautiful little macro critter.

The hairy squat lobster is straight out of a seven year-old girl’s imagination. This tiny, pink and purple lobster is covered with bright yellow hairs protruding in all directions, like a crab princess crossed with Albert Einstein. It lives on giant barrel sponges and is quite shy so photographing it can be a challenge. To try your luck, head to Tulamben in Bali where this species has been recorded. Don’t forget your macro lens. This gorgeous critter is sure to be an internet sensation!

Nudibranchs, or sea slugs, are some of the most sought after macro creatures around. Which is your favorite? Ours might be the the mimic nudibranch which takes awesome to the next level. This sea slug actually has appendages on its back that look like closed polyps of soft coral, masquerading it from enemies. For your best chance at finding a mimic nudibranch, make your way to Anilao in the Philippines.

Also known as the harlequin ghost pipefish, the ornate ghost pipefish is like the seahorse’s awkward cousin. These tiny yet gorgeous creatures range from yellow and red to black and nearly transparent. If size doesn’t make them hard enough ]to spot, they also blend into the sea fans, black corals, crinoids and feather stars where they reside. Their skin appendages flap like the feathers of a tiny, oceanic bird to mimic their coral hosts. A good place to start your search for the ornate ghost pipefish is in the Mergui Archipelago of Myanmar. These odd-looking critters are found regularly by divemasters on the liveaboards travelling in the area.

Are you ready to start your macro adventure? Email us or give us a call. We’ll help you book the perfect macro critter-filled holiday. 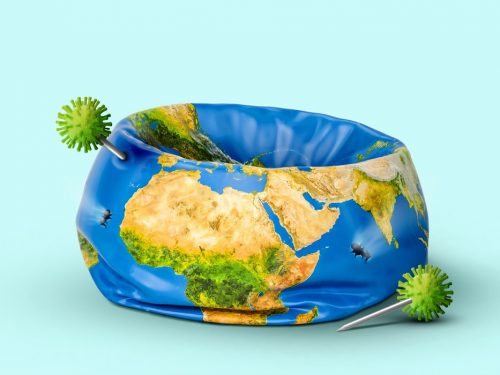