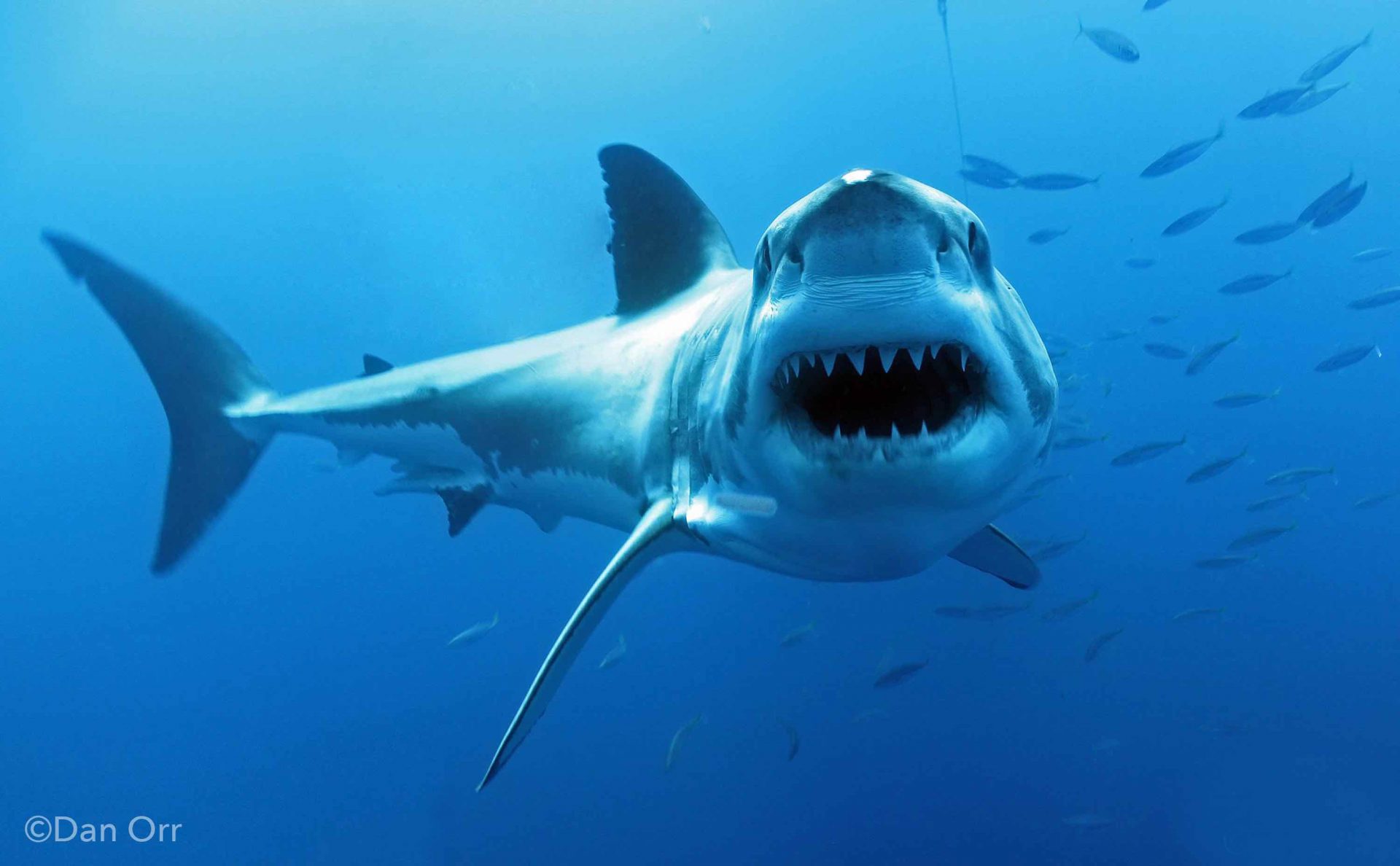 The island of Guadalupe is a remote scuba diving destination off the Pacific coast of the Baja Peninsula in Mexico. Although its quite a distance from shore, it has become famed for its shark encounters. At around 250 miles (400km) from the coast, getting to the island requires a 20-hour boat journey. In addition, you’ll need to stay on the boat (called a liveaboard), as the island has no accommodation for tourists.

If you aren’t in Guadalupe to dive, there isn’t too much to do on this essentially uninhabited island. 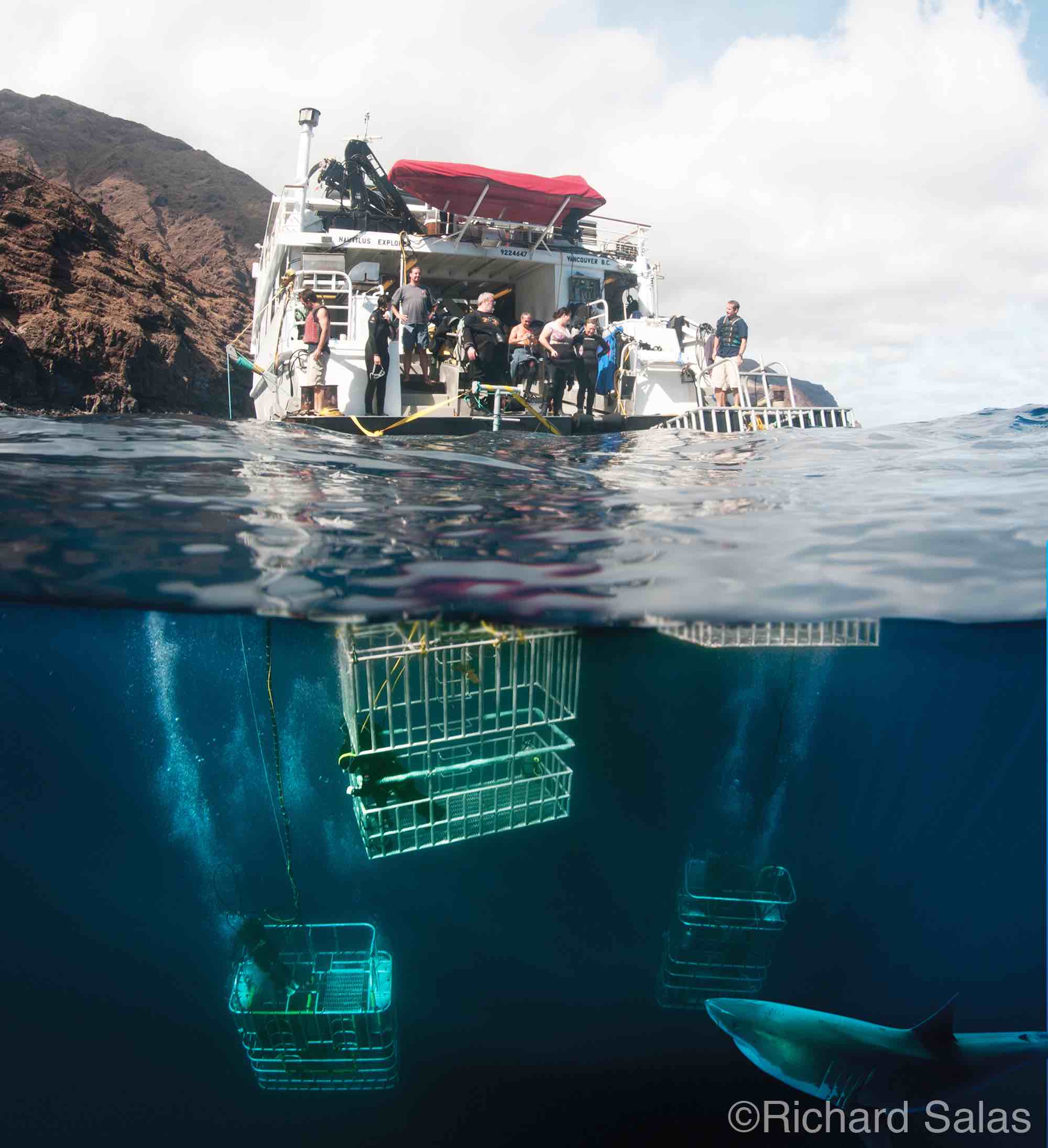 However, under the water is a very different story. Diving in Guadalupe is all about the Great White Sharks that reside there. Sometimes on a single dive, you can see upwards of 6 or 7 Great Whites. Guadalupe is truly one of the world’s top shark diving destinations.

Obviously, with such high numbers of sharks present, diving in Guadalupe is always within a cage. Its against Mexican law to dive outside the cage. It’s not just the high numbers of the sharks that makes Guadalupe such a popular destination, but also the conditions. During shark season, which runs July to November, water temperatures remain between 67 ¡ – 72 ¡ F (20 ¡ – 22 ¡ C). That combined with the usually fantastic visibility of near 140 feet (40 meters) in beautiful, indigo-blue water, provide the best conditions for Great White shark diving in the world.

8 Fun Facts About Traveling in Guadalupe

Ready to dive in? Click here to read more about cage diving at Guadalupe Island.

If coming face to face with a Great White shark sounds like your kind of adventure, book a Guadalupe liveaboard trip to experience the best cage diving around. Check out our great options for the “eat, sleep, cage dive” adventure of your dreams. Do note that liveaboards traveling to Guadalupe are open to both certified divers, and non-divers alike.