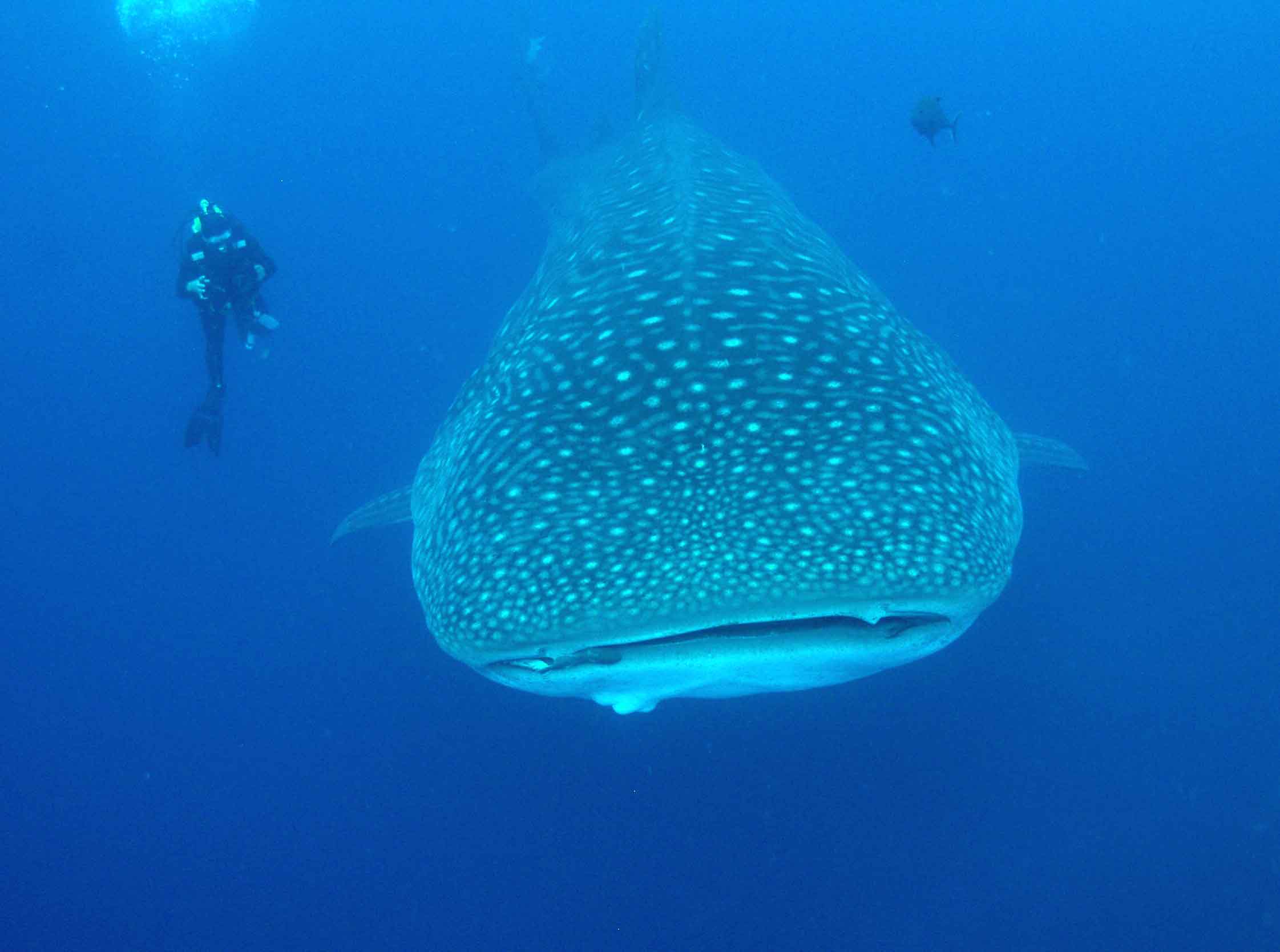 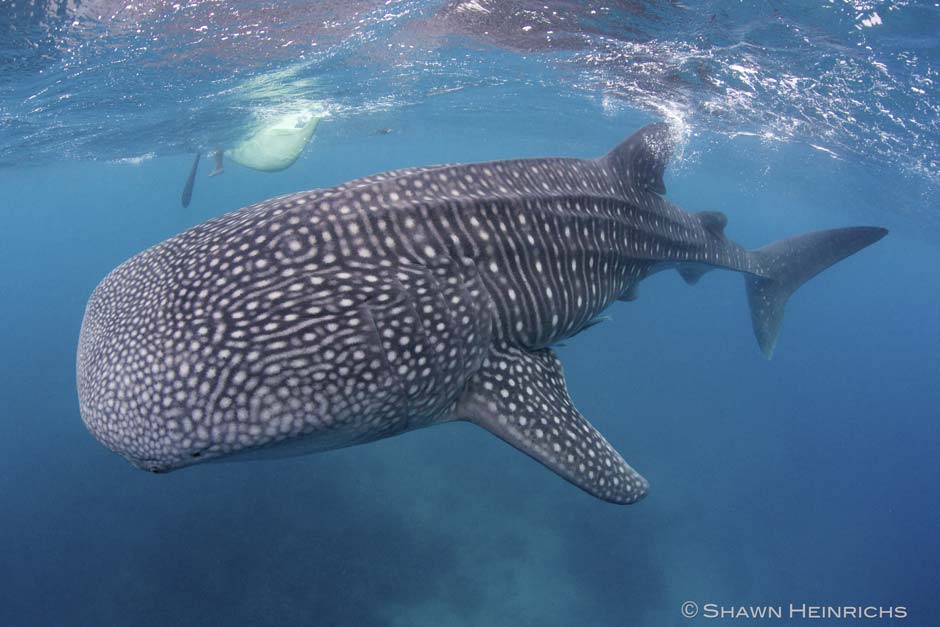 For scuba divers eager to plan their next dive vacation, one question frequently rises above the rest. Where’s the best place to go whale shark diving? These gentle giants of the deep never fail to capture the imaginations of divers impatient to encounter them, and the hearts of those who already have. Literally the size of a school bus, the whale shark’s main claim to fame is its status as both the biggest fish and the biggest shark in the world; but don’t let its size intimidate you. The most docile of filter feeders, this 20-ton behemoth has only one thing on its mind: plankton, fish eggs, and the occasional crustacean.

Spring in Belize means whale shark season. Around the Southern Barrier reef area known as Gladden Spit, enormous schools of spawning snappers, and the whale sharks that feed on their eggs, come together in a brief but memorable underwater dance that runs from April through June. The weeks of the full moon are the best times to enjoy this incredible pelagic activity.

When liveaboards like the Dewi Nusantara venture eastward through the West Papua region of Indonesia, they encounter an area of phenomenal marine diversity known as Cenderawasih Bay. One of the major draws here is the rather unusual behavior of the resident whale sharks. Congregating beneath local fishing platforms, group members from juveniles to adults are often spotted hanging vertically in the water, as they wait patiently for small fry meals to slip unnoticed from the fishermen’s nets. 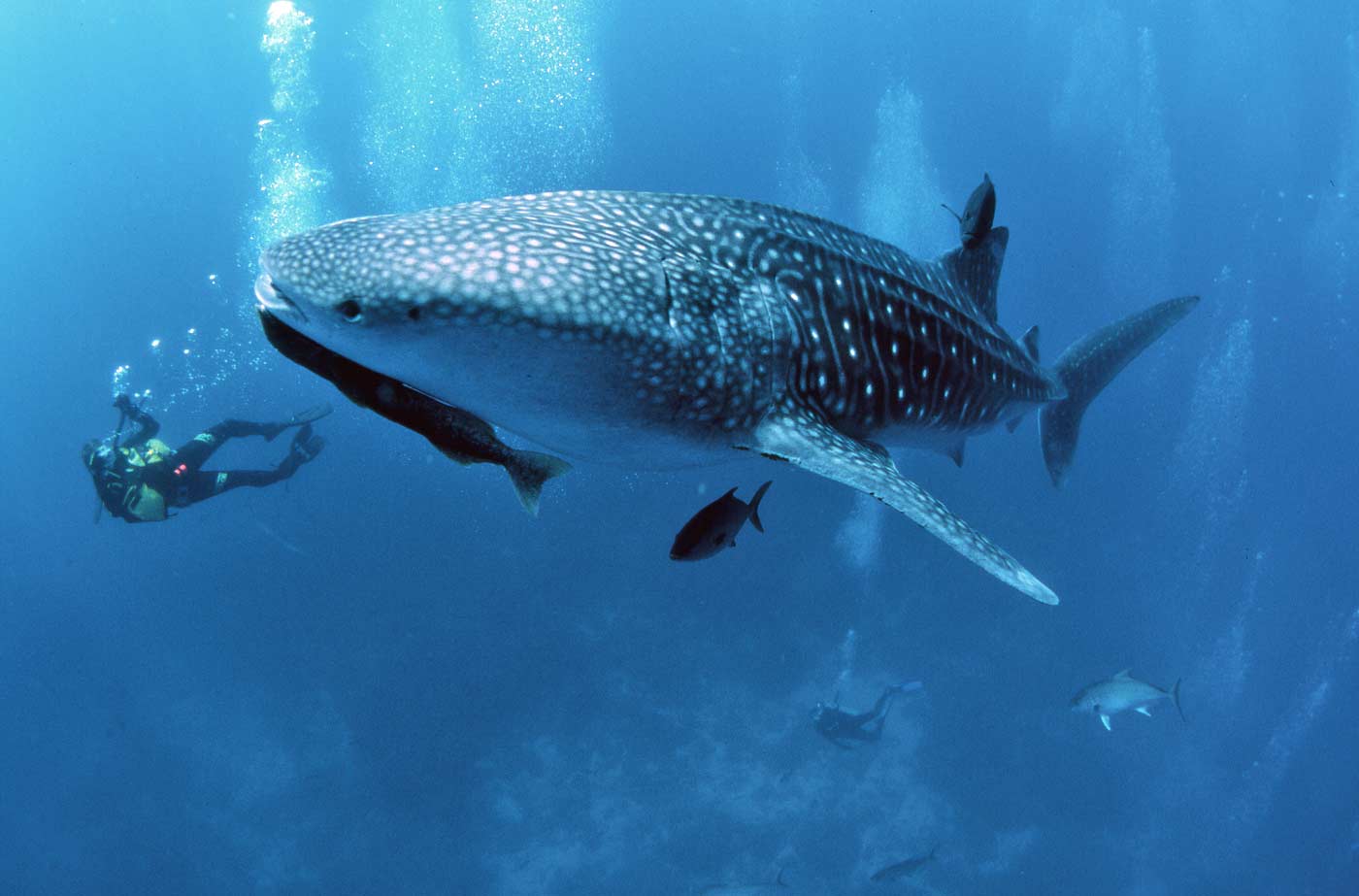 Although it’s the smallest of Honduras’ three main islands, Utila enjoys the king-size title of “whale shark capital of the world” and boasts a full-fledged oceanic research center. The island’s northern end is the place to be for divers eager to pursue their dream of swimming with whale sharks. While these aquatic titans are often sighted year round, March and April are the very best times to visit, when as many as half a dozen whale shark encounters are not uncommon in a single day.

Beautiful, graceful, and often inquisitive, Thailand’s whale sharks have been spotted at all the regular dive sites around the Phuket area. About 100 kilometers (60 miles) offshore, the Similan Islands National Park and the Richelieu Rocks site are particularly worth visiting, especially when water temperatures and plankton levels rise between February and April. For a truly unique liveaboard experience, why not consider The Junk for dive itineraries that make it possible to explore the heart of both these popular whale shark feeding grounds.

Since first coming to the public eye in 2012, the sleepy fishing town of Oslob has become a wildly popular site, thanks to its irresistible whale shark diving experience. Best viewed very early in the morning, and when the weather is clear, divers here consistently thrill to the sight of dozens of hungry whale sharks converging with mouths gaping wide, the better to accept the free krill and sea plants on offer from local fishermen. Please respect the Whalesharks by watching these amazing creatures and not touching them.

Whale shark enthusiasts everywhere will tell you that nothing beats summer in the Yucatan Peninsula. Just where the Gulf of Mexico joins the Caribbean Sea, the waters are exquisitely warm from June through September and the plankton grows rich and plentiful. Both Isla Holbox and Isla Mujeres offer incredible opportunities to dive with the migrating whale sharks that come here to feed and find mates each year. 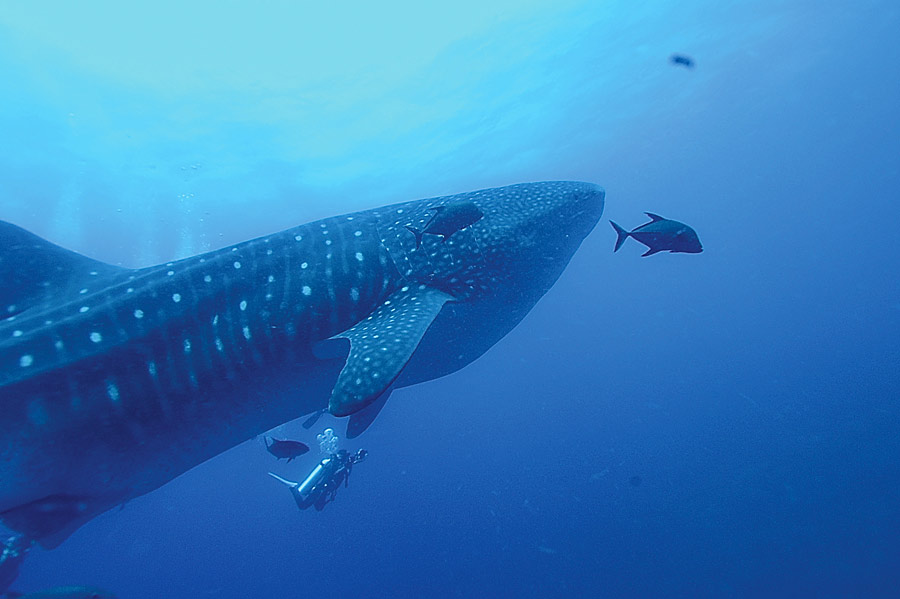 Only reachable by liveaboards like the luxury Galapagos Sky, the remote dive sites surrounding Wolf and Darwin Islands are arguably some of the most reliable locations in the world for divers to don their fins and go swimming with whale sharks. While these majestic beauties are spotted throughout the year in the Galapagos, multiple encounters on multiple days is pretty much the norm from June through November.

In the Maldives, any day is a good day to meet up with a whale shark. Diving at this Indian Ocean archipelago, especially around the Ari Atolls, offers the perfect combination of high visibility and plankton-rich waters. Year round resident whale sharks follow the movement of plankton to the western side of the region from May through December, and back to the eastern side until April. By moving with the seasons, liveaboards like the Four Seasons Explorer make it easy for divers to fulfill their dreams of a memorable whale shark encounter.

You may also be interested in our article: Best Places to Dive With Sharks.

Thanks to Staff Photographer Rick Heydel for the use of some of his images!